Looking inside a nuclear fuel pin to improve nuclear energy 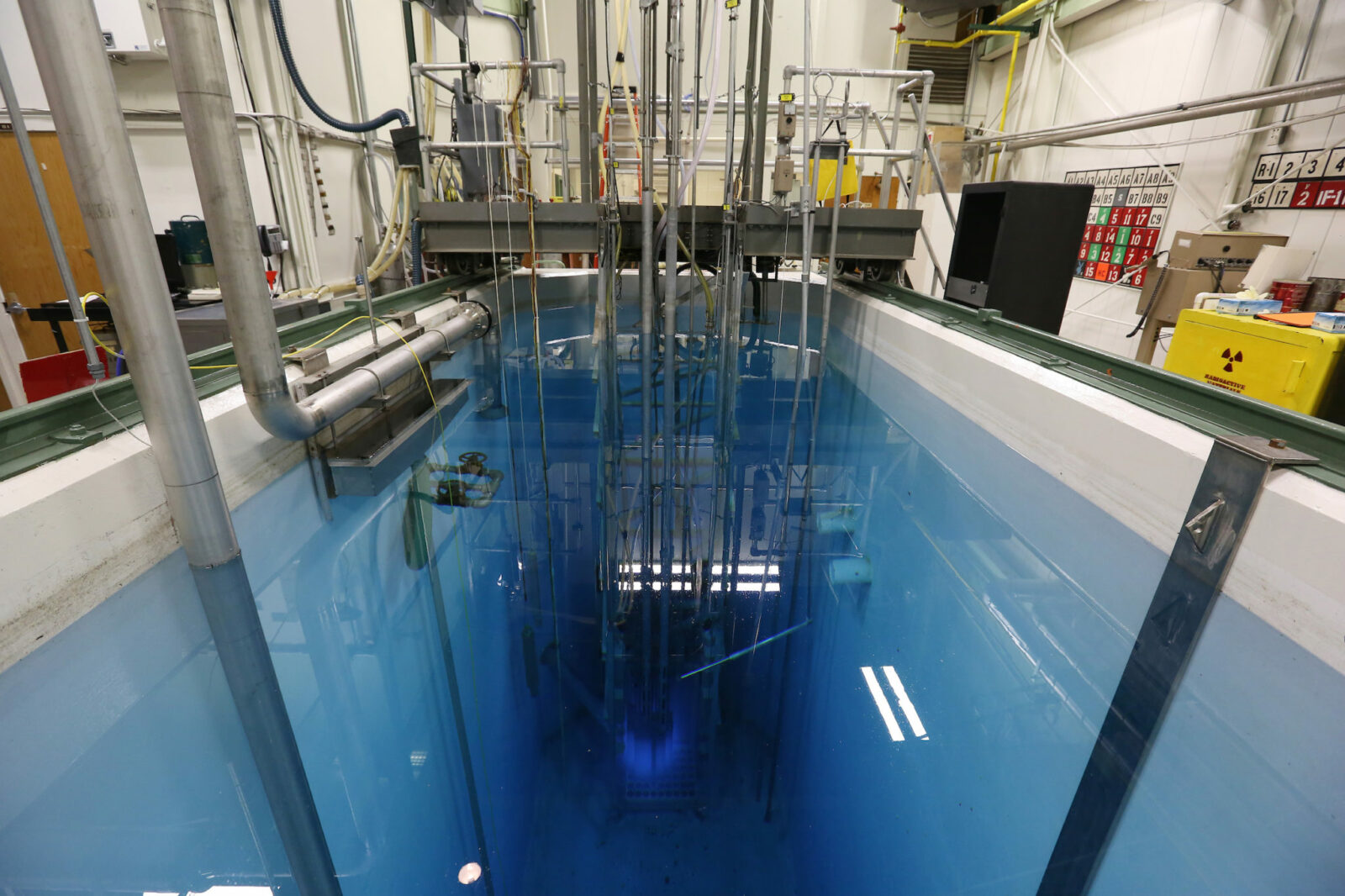 To test the performance of these new fuels in a usable timeframe, researchers must develop new methods to investigate the fuel’s structural, thermodynamic and chemical characteristics. Dr. Joseph Graham, assistant professor of nuclear engineering at Missouri University of Science and Technology, has developed a mobile platform the size of a microwave that can see through and image the spent nuclear fuel using gamma radiation.

“It is hard to see what changes are occurring within a fuel pin when it is actively being irradiated in a nuclear reactor,” says Graham, who manages Missouri S&T’s nuclear reactor. “Current measurement capabilities are limited to removing an active fuel rod, waiting for it to cool within a pool of water and then scanning it or cutting it open to try to piece together what took place while it was in the reactor.”

The fuel in a reactor – typically uranium – is placed into long metal tubes, which are sealed and then placed in a reactor. These fuel “pins” undergo nuclear fission, where atoms split apart and release heat that produces electricity. Once the fuel is used up, it is removed from the reactor. However, that fuel is still radioactive and must be kept submerged in water to cool for a period of time that can vary from weeks to years.

By lowering Graham’s new measuring device into the pool, researchers can begin to measure the fuel’s changes throughout the pin between irradiation cycles, almost as soon as it is removed from the core.

“This device will allow us to look at the fuel ‘right out of the oven,’ so to speak,” says Graham. “The work relies on the pins still being highly radioactive and not decaying for too long. The fuel is like a house – at night with the lights on you can see into it, but once the lights are turned out it all becomes dark.”

The fuel pins are small, often the dimension of a pen. The pins’ small size allows the scan to pass through them in much the same way a dental X-ray goes through human tissue to produce high-resolution images.

“We need more accident-tolerant fuels for the future, and seeing how the fuel will act while almost in-situ will head us in the right direction for safety,” says Graham. “With better fuels, we could help solve many challenges facing the creation of new reactors.”

The development of this measuring platform is supported by the U.S. Department of Energy. Collaborators on the project are Dr. Hyoung-Koo Lee, associate professor of nuclear engineering at Missouri S&T, and Nicholas Woolstenhulme, a staff engineer at Idaho National Laboratory.