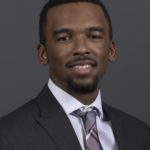 Six graduating students at Missouri S&T have been chosen to speak during commencement ceremonies at Missouri S&T on Saturday, May 12. During morning and afternoon ceremonies, two undergraduate students – one representing the College of Arts, Sciences, and Business (CASB) and one representing the College of Engineering and Computing (CEC) – as well as a graduate student will speak.

To be selected as a student commencement speaker, graduating students submitted an application with a copy of their proposed speech and their resume. A selection committee reviewed anonymous applications and selected finalists to audition. 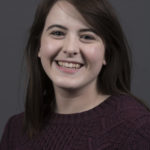 Brooks plans to work outside of the United States after graduation. As a student, he was a member of the National Society of Black Engineers and the Society of Petroleum Engineers.

Raper is a former journalism major, studied abroad in France and was a multimedia intern before transferring to S&T to pursue biology. She hopes her diverse experiences, including phytoremediation research, will give her a unique perspective to help aid in biological research and scientific communication. 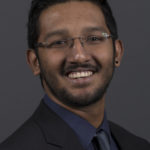 Menon has a bachelor’s degree in mechanical engineering. He maintained a 4.0 GPA, served as treasurer for the India Association and played an integral role in strengthening the presence of Indian students on campus. He is a member of the petroleum honor society, Pi Epsilon Tau and Society of Petroleum Engineers. 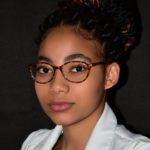 Masedi, a 23-year-old Motswana woman, was a member of the Mine Rescue and Mine Design teams. After graduation, she plans to use her degree to bring awareness to the mining community. She also hopes to co-own a non-profit organization to eradicate unemployment in her home country of Botswana by equipping the youth with the right resources.

McCarthy was CEO and chief financial officer for the Mars Rover Design Team. She is the peer mentor at the Student Design and Experiential Learning Center, a member of Joe’s PEERS, a student admissions ambassador, a three-time Opening Week mentor and a founding member of STEP UP!, Missouri S&T’s bystander intervention program. 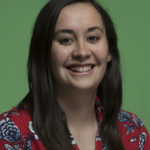 Anandan, former president of the Council of Graduate Students, has published 12 articles in peer-reviewed journals. A member of Toastmasters International, he placed in the top 24 of approximately 200,000 contestants in an international speech contest. His goal is to use his scientific and public speaking background to promote science awareness in the community.

More information, including a complete listing of degree programs represented at each commencement ceremony, is available at registrar.mst.edu/commencement. 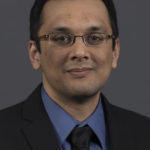 On May 1, 2018. Posted in College of Arts, Sciences, and Business, College of Engineering and Computing, People