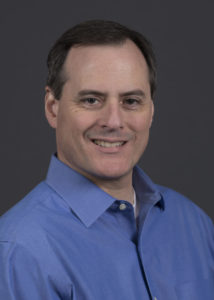 The University of Missouri System Board of Curators bestows the honorary title upon outstanding scholars with established reputations in the field of study. Landers is being recognized for his work in the automation and control of manufacturing processes.
Landers has brought in over $4.5 million in grants for his research, which focuses on the modeling, analysis, monitoring and control of manufacturing processes like metal cutting, wire saw machining, friction stir welding, laser metal deposition, freeze–form extrusion fabrication, glass direct energy deposition and selective laser melting, as well as the estimation and control of electrochemical alternative energy systems including hydrogen fuel cells and lithium ion batteries.

Landers joined the Missouri S&T faculty in 2000 as an assistant professor of mechanical engineering. He was promoted to associate professor in 2006 and to professor in 2012. The associate chair for graduate affairs in mechanical and aerospace engineering, he has authored 175 refereed technical publications, including 76 journal articles and five book chapters. He holds one U.S. patent.

In 2004, Landers received the M. Eugene Merchant Outstanding Young Manufacturing Engineer Award from the Society of Manufacturing Engineers. He was elected Fellow of the American Society of Mechanical Engineers (ASME) and received the ASME Blackall Machine Tool and Gage Award for a paper he co-authored describing an additive manufacturing method for fabricating 3-D parts by extrusion of water-based ceramic pastes. He has also received numerous awards for research, faculty excellence and outstanding teaching.