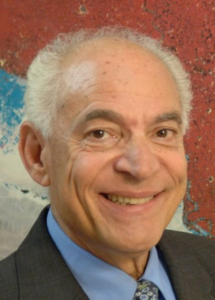 Dr. Farouk El-Baz, a geologist who played a leading role during NASA’s Apollo space program in the 1960s, will speak at two commencement ceremonies at Missouri University of Science and Technology on May 12. El-Baz, director of the Center for Remote Sensing and research professor at Boston University, earned master of science and Ph.D. degrees in geology and geophysics from Missouri S&T.

Commencement ceremonies at Missouri S&T are scheduled for 10 a.m. and 3:30 p.m. Saturday, May 12, in the Gale Bullman Building, located at 10th Street and Bishop Avenue in Rolla.

During the 10 a.m. ceremony, over 650 degrees will be presented to graduate and undergraduate candidates in the departments of biological sciences; chemical and biochemical engineering; chemistry; civil, architectural and environmental engineering; economics; engineering management and systems engineering; English and technical communication; geosciences and geological and petroleum engineering; materials science and engineering; physics; and psychological science.

During the 3:30 p.m. ceremony, nearly 650 degrees will be awarded to graduate and undergraduate candidates in the departments of arts, languages and philosophy; business and information technology; computer science; electrical and computer engineering; history and political science; mathematics and statistics; mechanical and aerospace engineering; and mining and nuclear engineering.

El-Baz, who also holds a bachelor’s degree from Ain Shams University, conducted graduate research at Asyut University in Egypt. He later taught at Germany’s Heidelberg University, and then participated in oil exploration in the Gulf of Suez.

In 1967, El-Baz was appointed by NASA as secretary of lunar landing site selection and chairman of astronaut training in orbital observations and photography. His role was chronicled by Tom Hanks in the TV series From the Earth to the Moon, in a segment titled: “The Brain of Farouk El-Baz.” In addition, the name El-Baz was immortalized on a shuttlecraft in the TV series Star Trek: The Next Generation.

After the Apollo Program ended, he joined the Smithsonian Institution to establish and direct the Center for Earth and Planetary Studies, and to plan exhibits of the National Air and Space Museum. He then joined Itek Optical Systems as vice president for science and technology.

In 1986, he joined Boston University to establish and direct the Center for Remote Sensing. He developed methodologies for applying space-born data to scientific research efforts in geology, geography and archaeology. His work resulted in the location of groundwater resources in the Western Desert of Egypt, the Rajasthan of India, in Darfur of northwestern Sudan, the Sultanate of Oman, the Northern United Arab Emirates and Republic of Chad.

A member of the National Academy of Engineering, El-Baz serves on the editorial boards of several international professional journals. He is a Fellow of the Geological Society of America, the American Association for the Advancement of Science, the Royal Astronomical Society in London and the Explorers Club in New York. He has received seven honorary doctoral degrees and won numerous honors and awards, including NASA’s Apollo Achievement Award, Exceptional Scientific Achievement Medal, and Special Recognition Award; the University of Missouri Alumni Achievement Award for Extraordinary Scientific Accomplishments; the Golden Door Award of the International Institute of New England; and the Arab Republic of Egypt Order of Merit – First Class.

He chaired several scientific committees including the U. S. National Committee for Geological Sciences of the National Academy of Sciences (NAS) and the Charles Stark Draper Prize Award Committee of the National Academy of Engineering (NAE), and served on NAE’s Grand Challenges for Engineering Committee. He was a member of the Advisory Council of EXPAC of Aramco Oil Co. and Senior Advisor to Techno Park in Dubai, and was appointed Chair of the Specialist Group for Enhancing Arabic Language Use. He served on the United Arab Emirates Selection Committee of the Award for Peaceful Uses of Drones, and currently serves on the Advisory Committee of the U.A.E. Hope Mission to Mars. He was science advisor to President Anwar Sadat and is a member of the S&T Advisory Council of President Sisi of Egypt.

On April 24, 2018. Posted in College of Arts, Sciences, and Business, College of Engineering and Computing, News