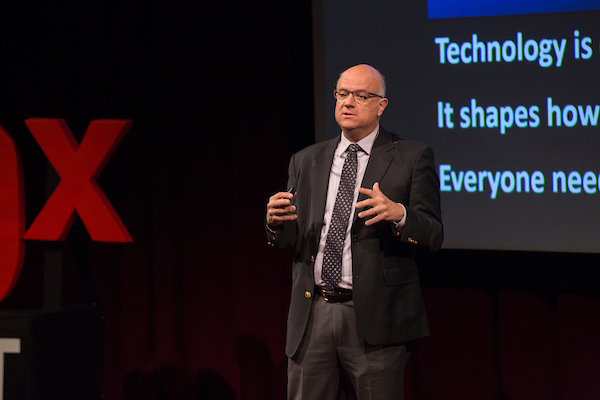 A Missouri S&T civil engineering professor will lecture and conduct research in Australia as a Fulbright scholar in advanced science and technology.

Distinguished chair awards are viewed as among the most prestigious appointments in the Fulbright program, with roughly 40 awarded nationwide each year. The academic exchange program named for the late Sen. J. William Fulbright of Arkansas is open to both American faculty and students.

“I hope that I can serve as a cultural ambassador,” says Schonberg, an S&T faculty member since 1999 who spent his first 16 years on campus as department chair and was also an interim dean of engineering. “By working abroad, I can help my students here at Missouri S&T become more aware of how even subtle differences in culture and society can affect international communication and the practice of engineering.”

Schonberg’s Fulbright research will aim to develop mathematical models to more accurately predict how bridges, buildings and other structures can withstand a physical attack. The Defence Science and Technology Group is a part of the Australian Defence Department and one of the country’s largest employers of scientists and engineers.

Schonberg has more than 30 years of teaching and research experience in the areas of shock physics, spacecraft protection, hypervelocity impact and penetration mechanics. His research has been applied to a wide variety of engineering problems, including the development of orbital debris protection systems for spacecraft in low Earth orbit, kinetic energy weapons, the collapse of buildings under explosive loads, insensitive munitions and aging aircraft.

Schonberg is a fellow of both the American Society of Civil Engineers and the American Society of Mechanical Engineers and is a Distinguished Scientist of the Hypervelocity Impact Society. He has served on numerous National Academy of Engineering/National Research Council technical committees that have reviewed key issues related to U.S. space exploration, and has been honored by the National Aeronautics and Space Administration on several occasions for his contribtions to its programs.