Photos of Missouri S&T faculty on display in Paris 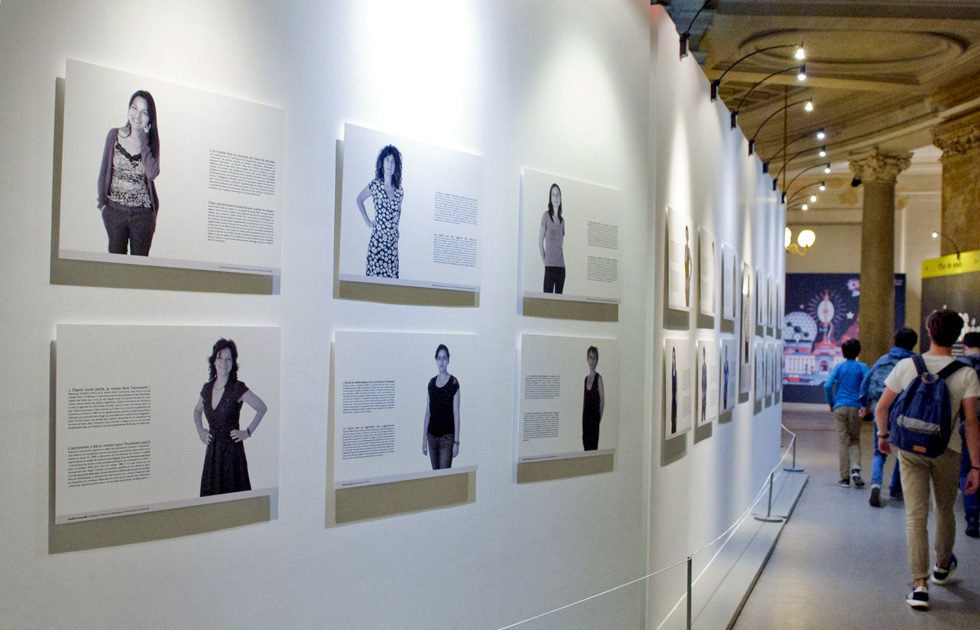 In 2015, French artist Marie-Hélène Le Ny spent four days on the Missouri University of Science and Technology campus displaying her work and photographing and interviewing some of Missouri S&T’s female faculty in STEM (science, technology, engineering and mathematics) fields. Now six of those photographs are on display in Paris.

The photos are part of a project titled Infinités Plurielles. The project, which was commissioned by the French Ministry of Higher Education and Research, is a traveling exhibition that features photos of women scientists specializing in fields such as chemistry, history, law, physics, philosophy and biology. The scientists work in universities, research institutions and companies. Their portraits feature a narrative about each subject that describes their research and their work to promote equality in their fields. The “elles” in the title of the project is the feminine form of “they.” The play on words describes the project’s theme, which focuses on women’s many and varied contributions.

Twenty-eight photos are featured in the current installation, which will hang in the Palais de la Découverte, one of Paris’ premier science museums, through Jan. 31, 2018.

Several Missouri S&T students initially met Le Ny while studying abroad in France. The students viewed her exhibit while touring Paris. After viewing the showcase, they met the artist and practiced their French skills while learning more about the works. They blogged about their experience meeting her on the Miners Abroad blog.

“Stumbling upon Marie-Hélène Le Ny’s exhibit in Paris was one of the most memorable and meaningful moments of our study abroad program this past summer,” says Merfeld-Langston. “Her work is both beautiful and inspirational and we are very grateful to represent Missouri S&T as a part of Infinités Plurielles.”

On November 30, 2017. Posted in College of Arts, Sciences, and Business, College of Engineering and Computing, News, People