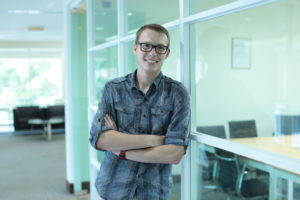 ROLLA, Mo. – With students from over 60 countries, international alliances at Missouri University of Science and Technology run deep. One such international exchange more than 25 years ago is paying dividends for a new generation of undergraduates at Missouri S&T.

Dalton Buchanan, a sophomore in petroleum engineering from Cape Girardeau, says he chose S&T “because it is one of the top engineering schools in the nation, with a wide variety of majors to choose from and an abundance of opportunities to get involved with outside of the classroom.”

Those opportunities included spending a semester in southeast Asia as part of an exchange program with University Teknologi Petronas (UTP), a STEM-focused campus in Malaysia where Missouri S&T students pay in-state tuition for English-language courses.

The program’s Malaysian sponsor is Dr. Ismail bin Mohd Saaid, who studied in Rolla in the fall of 1991.

“I chose the program because of UTP’s extremely high educational rating and its beautiful location,” Buchanan told the New Straits Times, an English-language newspaper in Malaysia. “One of my favorite experiences … was when I visited the ecoCare Environmental Education Center along Kertih River in Terenggan, (where) we planted mangrove trees to help re-establish the biosystem.”

“When I join the workplace, I’ll have a leg up because I now understand the diverse conditions of the world and know how to interact with people from different cultures,” he continued. “In addition, some courses which I attend aren’t offered anywhere else in the world.”

On September 11, 2017. Posted in College of Engineering and Computing, Geological Sciences and Engineering, People, Petroleum Engineering