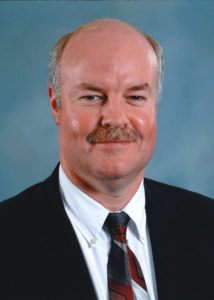 Brian K. Donley of St. Louis, senior director of process development at Mallinckrodt Pharmaceuticals, earned a bachelor of science degree in chemical engineering from Missouri S&T in 1987. He also holds an MBA from Washington University in St. Louis. Donley began his career as a process engineer with Amoco Petroleum Additives in Wood River, Illinois. After the company was acquired by Ethyl Corp., he held various operations and management roles at the firm’s Sauget, Illinois, site. In 2002, Donley moved to Mallinckrodt as the director of Environmental, Health and Safety for the company’s St. Louis plant. He then held several positions in the Operational Excellence Program, deploying Mallinckrodt’s Six Sigma and Lean programs. In his current position, Donley leads Mallinckrodt’s Research and Development Operational Excellence Programs. Donley also serves as deputy chief for St. Clair Special Emergency Services Association, which provides response capability for hazardous materials and technical rescue emergencies in St. Clair County, Illinois. The organization also functions as part of the Metro East and Illinois mutual aid systems, responding to large-scale disasters and emergencies. He is a past member of the Missouri S&T Chemical and Biochemical Engineering Department Industrial Advisory Council, where he served several years as chair. He is also a member of the Missouri S&T Academy of Chemical Engineers. In addition to various lectures and presentations, Donley co-developed a hazardous materials emergencies short course with fellow S&T chemical engineering graduate Jason McHaney and Dr. Doug Ludlow, professor of chemical and biochemical engineering at Missouri S&T. This class provided students with hands-on experience in managing and responding to hazardous materials incidents, which allowed students to use their engineering education to resolve realistic hazmat emergencies. Donley is a certified Six Sigma Master Black Belt and a licensed professional engineer in Missouri and Illinois. 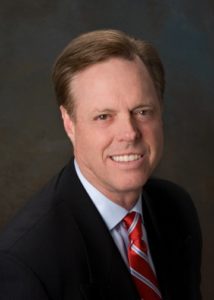 Thomas A. Selden of Akron, Ohio, recently retired as president and CEO of Southwest General Health Center in Middleburg Heights, Ohio. He earned a bachelor of science degree in mechanical engineering from Missouri S&T in 1970 and an MBA from the University of Akron in Akron, Ohio, in 1976. After graduation from Missouri S&T, Selden began work as a plant engineer for the Firestone Tire and Rubber Co. Within three years, he rose to the position of assistant chief engineer of his division with a personal vision of rising to be a top leader of the industrial company. After earning his MBA, he took an opportunity to go a different direction when a local hospital offered him a chance to join its management team. Within five years, Selden had been recruited to even higher levels of a different organization, resulting in his selection as CEO of a large 300-bed hospital in 1991. Ultimately Selden served as CEO over a 25-year period for three different health systems before retiring in 2016. Selden has served on a variety of healthcare industry boards, including more than a decade as a member of the Board of the Ohio Hospital Association. In 2004, he served as chair of the organization’s board of trustees. In recognition of his significant lifetime contribution to the healthcare field in Ohio, the Ohio Hospital Association honored Selden with its highest award — the Donald Newkirk Award. Selden believes that the learning experience he gained from earning an engineering degree from Missouri S&T was the foundation for his success and proved that an engineer can do anything — even lead major hospitals and health systems.