Studying blood for the greater good 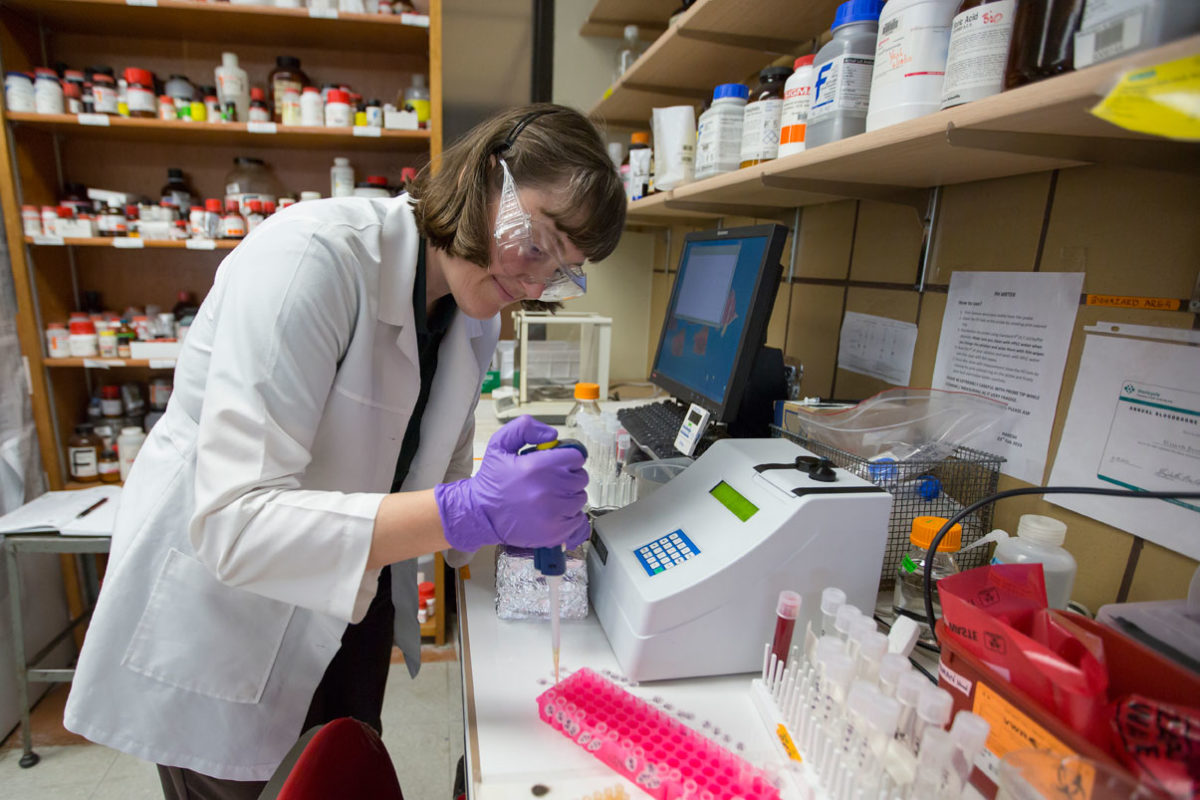 Bowles has benefited from a partnership with Phelps County Regional Medical Center, which donates additional blood samples from willing patients to her research.

Elizabeth Bowles, a Ph.D. student in chemistry, extracts a blood sample while working on her research in Schrenk Hall.

Elizabeth Bowles, a Ph.D. student in chemistry at Missouri S&T, has had a rather unconventional goal for the past several years: improve the care of patients with conditions like diabetes or pulmonary arterial hypertension by reducing severe adverse side effects of pharmaceuticals through a new and innovative drug delivery system.

“My research advisor at SLU had the idea that red blood cells play a role in vessel dilation,” says Bowles. “We wanted to find out what effect the release of adenosine triphosphate (ATP) has on vessel dilation and how ATP levels tie in with different medical conditions.”

ATP is the chemical energy within cells that powers metabolism. Patients with diabetes, hypertension, cystic fibrosis and a host of other conditions have reduced ATP release.

“We were looking to improve ATP release and correct some of the adverse effects of the condition they have,” Bowles says. 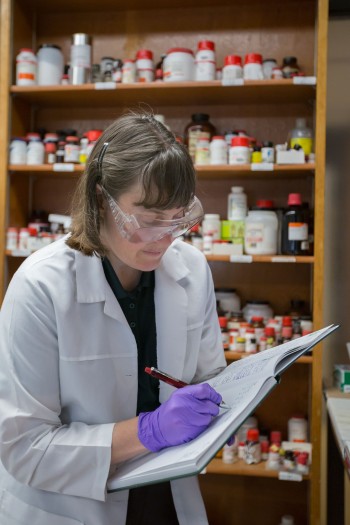 Bowles jots down some notes from her research.

After working for years in the same lab at SLU, the entire research unit retired — except Bowles. Desperate to find another position and continue her research, Bowles started looking for another opportunity. Enter Missouri S&T.

Bowles says there are currently Food and Drug Administration-approved drugs that stimulate ATP release, but they are known to have severe adverse side effects. Bowles hopes to help reduce the problem of side effects with a new drug-delivery system.

“If you package the drug in a liposome, a spherical vesicle, you can deliver the drug directly to the red blood cell and stimulate ATP release without causing other side effects,” Bowles says. “The liposomes are FDA-approved, but not for this use.”

Integral to Bowles’ research is a partnership with PCRMC that allows her to use additional blood samples from willing patients at PCRMC in her research.

“I will be using any leftover blood from blood samples taken for lab work at PCRMC, as long as the patient agrees to release that extra to be used in the study,” Bowles says.

Though it may seem like Bowles has it all figured out, she says she’s taken an unconventional path to get to this point. After earning a bachelor’s degree in animal science from the University of Missouri-Columbia, she ended up working in a feed store. But, her father encouraged her to return to research. So, she ended up in her research position at SLU. 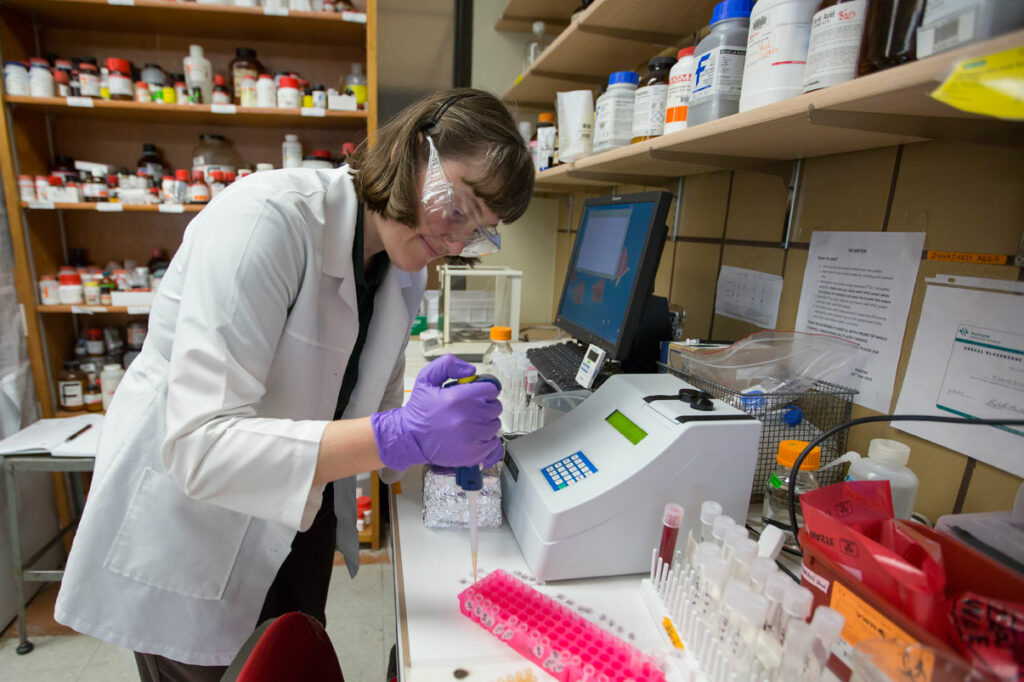 Bowles has benefited from a partnership with Phelps County Regional Medical Center, which donates additional blood samples from willing patients to her research.

Though Bowles has taken an indirect path from animal science studies to S&T and has a lofty goal to improve the quality of life for patients everywhere, she is not discouraged.

“Helping people is important to me,” she says. “It’s a driving force in my life, and if I can do that then I’ve succeeded.”

3 thoughts on “Studying blood for the greater good”