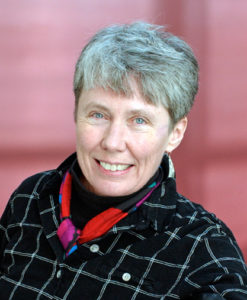 Dr. Maria Klawe, president of Harvey Mudd College and creator of an initiative to get more women to study computer science, will visit Missouri University of Science and Technology on Monday, April 25, to deliver a public lecture titled “Getting more women into tech careers.”

Klawe will speak at 10 a.m. Monday in the Carver-Turner Room of the Havener Center on campus. The event is open to the public.

“Over the past decade, the participation of females in the tech industry has declined rather than advanced,” Klawe says. “This is unfortunate for young women because of the incredible career opportunities; for the tech industry because of the loss of incoming talent; and for society because of the loss of diversity of perspective among tech teams. I will talk about how we can improve the situation and how Harvey Mudd College dramatically increased the number of females majoring in computer science, from 10 percent of the majors to over 40 percent.”

“Klawe initiated the BRAID initiative — Building, Recruiting And Inclusion for Diversity — of which S&T is a part,” says Dr. Sajal K. Das, the Daniel C. St. Clair Endowed Chair in Computer Science and chair of the department. “Missouri S&T has received a three-year grant from BRAID that is helping us build a community of women and minority students in computer science and sending a large number of them to the annual Grace Hopper Conference on Women in Computing. Such efforts have resulted in more than a 20 percent increase in female student enrollment in computer science in the last two years.”

Klawe’s lecture is part of the computer science department’s Distinguished Colloquium Speaker series. The department established the series this semester as part of its yearlong Golden Jubilee celebration.

On April 20, 2016. Posted in College of Engineering and Computing, Computer Science, Events, Featured