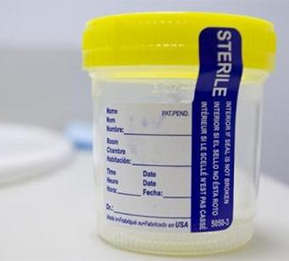 Cancer screening could soon be as simple as giving a urine sample using a patented device developed by a Missouri University of Science and Technology researcher. This week, Wyoming-based Cancer.im Inc., a Viratech Corp. company (Symbol: VIRA) and social network for cancer patients, survivors and caretakers, announced an agreement with Missouri S&T to commercialize the device.

The device, known as a “P-scan,” is a rapid, point-of-care test for early screening of cancer that noninvasively monitors levels of pteridine biomarkers in urine. Its creator, Dr. Yinfa Ma, Curators’ Teaching Professor of chemistry at Missouri S&T, says the device is being developed to diagnose breast cancer – and determine its severity – with the hope that it may replace or supplement the mammogram. The researchers believe the diversity of these biomarkers means they also have applications in detecting other cancers.

“The mammogram is not perfect,” Ma says. “Many early cancers cannot be detected by the mammogram, while other benign tumors are falsely detected. The P-Scan technology will help alleviate this problem by using molecular biomarkers in a detection method that can be easily integrated into a routine physical screening. A patient donates urine and 10 minutes later she has a result. This will be an amazing diagnostic tool.”

The P-scan works by passing the urine through a small capillary and detecting the fluorescence given off by the pteridine biomarkers. The advantage of this technique is that it delivers excellent sensitivity without the need for costly instrumentation. The P-Scan can detect over 70 unique compounds in urine, many of which Ma believes may also be indicators of specific cancers, which he hopes to study in future clinical trials.

“Cancer cells grow much faster than normal cells,” Ma explains. “So they release more waste into the urine and we begin to see a rise in certain metabolite levels.”

Ma’s studies suggest that two of these pteridine metabolites, “isoxanthopterin” and “xanthopterin” were present in elevated levels in the urine of women with newly diagnosed breast cancer. New clinical trials are under way at Missouri S&T to verify these findings and to test whether pteridine biomarkers can be used to detect other types of cancers.

“We will go cancer by cancer until we know,” Ma says.

The National Cancer Institute estimates that over 1.6 million people will be diagnosed with cancer this year. Nearly one in eight women will develop invasive breast cancer during her lifetime. Around 85 percent of women diagnosed with breast cancer have no family history of the disease.

“I am very excited about this project,” Ma says. “It will save lives. That’s my motivation.”