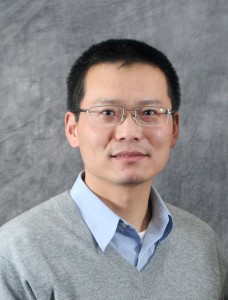 Dr. Jun Fan, associate professor of electrical and computer engineering at Missouri University of Science and Technology, has been named a Fellow of the Institute of Electrical and Electronics Engineers.

In electronics design, all integrated circuits need power to function, Fan says. A power delivery network is to supply power and provide “ground” for current flow.

“It sounds simple, but it can become very complicated in a modern circuit, such as in a computer or a cellphone, where hundreds or thousands of circuit elements are involved,” Fan says. “When signal speeds increase (faster CPU, faster memory bus, faster USB) at the circuit level, high-frequency current flow becomes more difficult, and noise generated due to circuit operation increases as well. Without a proper design, integrated circuits may not be powered up correctly and thus couldn’t work normally. Further, the generated electromagnetic noise could propagate in the power delivery network, interfering with other devices and radiating to the environment.”

Power delivery network (PDN) modeling and design for high-speed systems has been a core design issue for over 20 years. Without a proper PDN design, digital circuits cannot operate normally at high speed. For 15-plus years, Fan has contributed to the understanding, modeling and design of the PDN in high-speed designs, and he provided a systematic, physics-based approach to guide pre-layout design that is quantitative. His technical contributions have significant impact on the high-speed designs that are widely used in modern high-speed, high-performance computing, communication, and networking systems and devices.

Fan’s department now has 10 IEEE Fellows out of 30 tenure and tenure track faculty.

Recognizing the achievements of its members is an important part of the IEEE’s mission. Each year, after a rigorous evaluation procedure, the IEEE Fellow Committee recommends a select group of recipients for elevation to IEEE Fellow. Fewer than 0.1 percent of voting members are selected annually.

On January 12, 2016. Posted in College of Engineering and Computing, Electrical and Computer Engineering, Featured, People