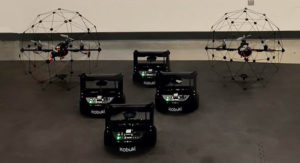 Dr. Tansel Yucelen, assistant professor of mechanical and aerospace engineering at Missouri University of Science and Technology, is one of 35 faculty members in the nation to win a competitive research grant through the Oak Ridge Associated Universities Ralph E. Powe Junior Faculty Enhancement Program.

The award provides $5,000 in seed money for the 2015-16 academic year to support Yucelen’s research. The funding is matched by Missouri S&T, making the total prize worth $10,000. Powe Award recipients may use the funding to purchase equipment, continue research or travel to professional meetings and conferences. 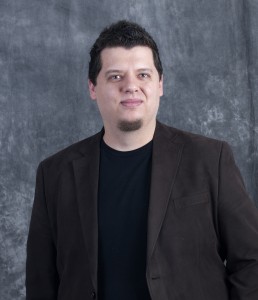 Multivehicle systems are “envisioned to autonomously function in place of or assist humans for repetitive, demanding and often safety-critical missions,” Yucelen says. “But the current level of feedback controls and decision-making algorithms are incapable of providing the needed usability and resiliency in adverse environments.”

The long-term goal of his research is to develop a network of autonomous multivehicle systems and human operators that can adapt to emergency situations. The vehicles move through and analyze their surroundings to provide real-time information that can inform or help direct emergency responders or other officials. Yucelen’s proposed project is the first step toward this goal and will be facilitated by the funding received through the ORAU program.

The Powe Awards are named in honor of Ralph E. Powe, who served as the ORAU councilor from Mississippi State University for 16 years. He was elected chair of ORAU’s Council of Sponsoring Institutions prior to his death in 1996.

More information on ORAU consortium memberships is at www.orau.org/university-partnerships/membership-benefits.aspx