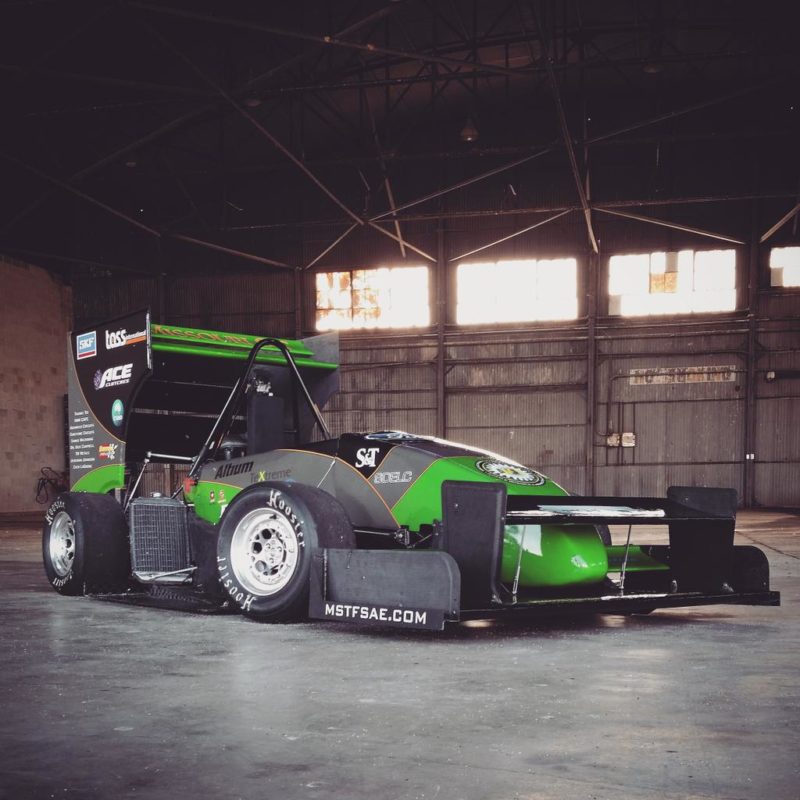 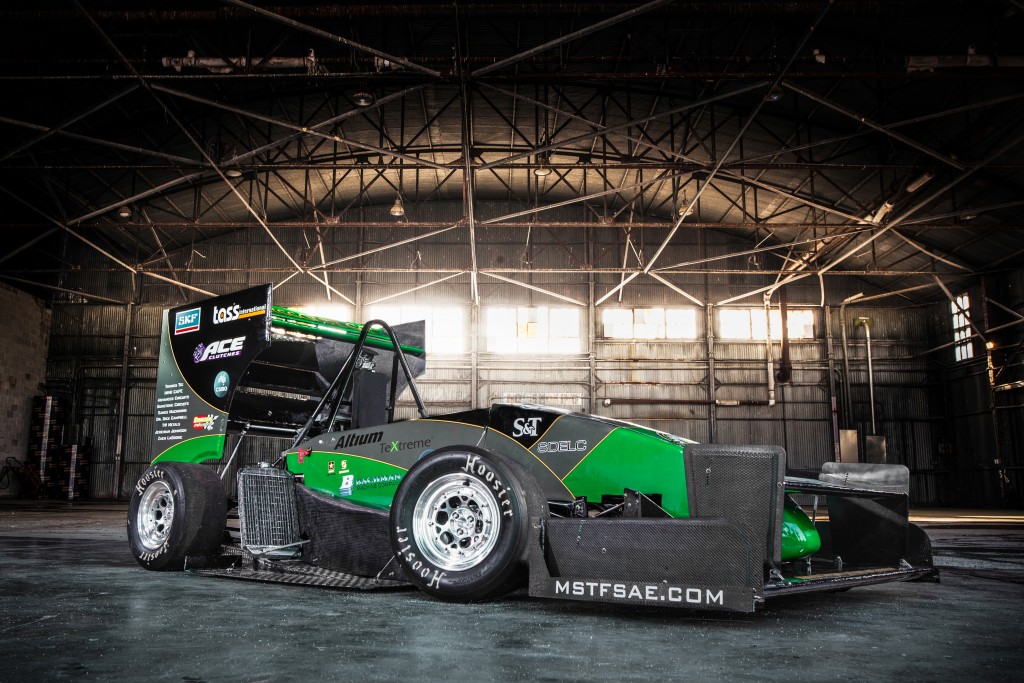 Two teams of students from Missouri University of Science and Technology will demonstrate their Formula One-style racecars at Formula SAE-Lincoln, an international student design competition sponsored by the SAE International.

As part of the competition, students must present a budget report and the engineering principles behind each car’s design to a panel of industry experts. The electric team will also have to pass a rigorous electronics inspection to ensure the car’s safety. Teams will then compete in four dynamic events.

A skid-pad event tests the car’s turning and cornering on a figure-8-shaped course. An acceleration test measures the car’s speed over a short distance. A one-lap autocross event proves the car’s maneuverability on a tight course and determines the starting order for the final event – an endurance race to prove durability. In the endurance race, the car must withstand the stress of long-term driving at elevated speeds over long course. Each race is timed to rank the teams; none of the events are head-to-head races.

The combustion-style Formula SAE car features a modified Kawasaki engine that can produce up to 91 horsepower for the 450-pound vehicle. The car is estimated to travel from 0 to 60 miles per hour in 3.5 seconds. Its custom aerodynamics package produces a large amount of downward force and is designed to help the tires grip the track better. In May, the combustion-style team earned 15th place at the Formula SAE-Michigan competition.

The Formula SAE Electric Team’s car has a student-made steel chassis, a fiberglass protective shell and a student-designed suspension system. The car’s battery pack features 72 lithium battery cells split into three groups, each producing 90 volts. It can produce a maximum voltage of almost 300 volts and a current of nearly 200 amps, all of which is water-cooled.

On June 12, 2015. Posted in College of Engineering and Computing, Featured, News, Student Life