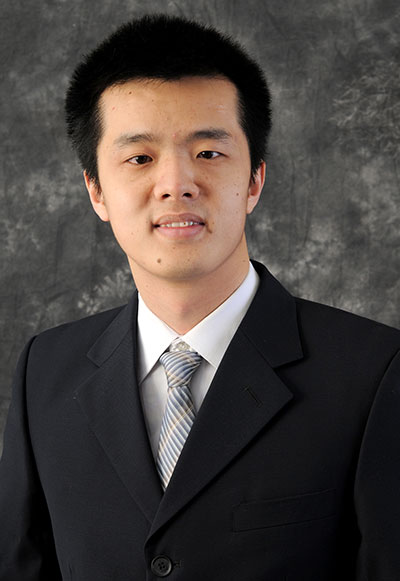 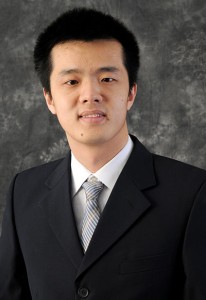 Dr. Yiyu Shi, an assistant professor of electrical and computer engineering at Missouri University of Science and Technology, is a recipient of the 2015 Innovation Award from the Academy of Science of St. Louis.

The Innovation Award recognizes a scientist or engineer – age 40 or younger – who has demonstrated exceptional potential for future accomplishments in science, engineering or technology.

Shi will receive the award April 9 during the 21st Annual Outstanding St. Louis Scientists Awards Dinner ceremony at the Chase Park Plaza Hotel in St. Louis. The Academy of Science’s mission is to highlight individuals and institutions known worldwide for their scientific contributions to research, industry and quality of life.

His work is on three-dimensional integrated circuits (ICs) that stack multiple chips vertically and use through-silicon vias (TSV) for inter-chip power, heat and signal delivery. A TSV is a stacked, vertical electrical connection that passes through a silicon wafer or die.

Shi says that the theory behind 3D ICs is that they use a smaller area, have less power but higher speed when compared to their 2D counterparts. But, he says, these features or benefits can’t be achieved in reality, so many researchers try to reduce the TSV area. This presents technological challenges, Shi says.

Instead of trying to make TSVs smaller, Shi looked instead at making them more useful.

“Amazingly, my preliminary study suggests that a TSV can act as a capacitor, inductor or transistor,” Shi says. “And thus its area can be effectively utilized for many alternative purposes.”

His technique, Shi says, can reduce a 3D IC’s silicon area by up to 30 percent – and the related fabrication cost by up to 70 percent.

“It is generally considered to have paved the road toward the wide commercialization of 3D ICs,” Shi says. “I have been invited to deliver research talks at many universities, research institutes and companies worldwide. My work has generated huge impact in both the research community and industry.”

Companies such as IBM and Intel have contacted Shi for joint development of his technology, he says. And major support comes from the Industrial Technology Research Institute in Taiwan, which Shi says is the leading 3D IC research lab in Asia.

Since 2010, Shi has attracted more than $2.3 million in federal and industry research funding. He was the recipient of the IBM Invention Achievement Award in 2009; Japan Society for the Promotion of Science (JSPS) Faculty Invitation Fellowship, Humboldt Research Fellowship for Experienced Researchers and the National Science Foundation CAREER Award in 2014; IEEE Region 5 Outstanding Individual Achievement Award and Air Force Summer Faculty Fellowship in 2015. He is a senior member of IEEE.

Shi joined the Missouri S&T faculty in September 2010. He received his bachelor of science degree in electronic engineering from Tsinghua University in China in 2005. He earned his master’s and doctoral degrees in electrical engineering from the University of California-Los Angeles in 2007 and 2009, respectively. He worked in the electrical and computer engineering department at Carnegie Mellon University from December 2009 to April 2010.