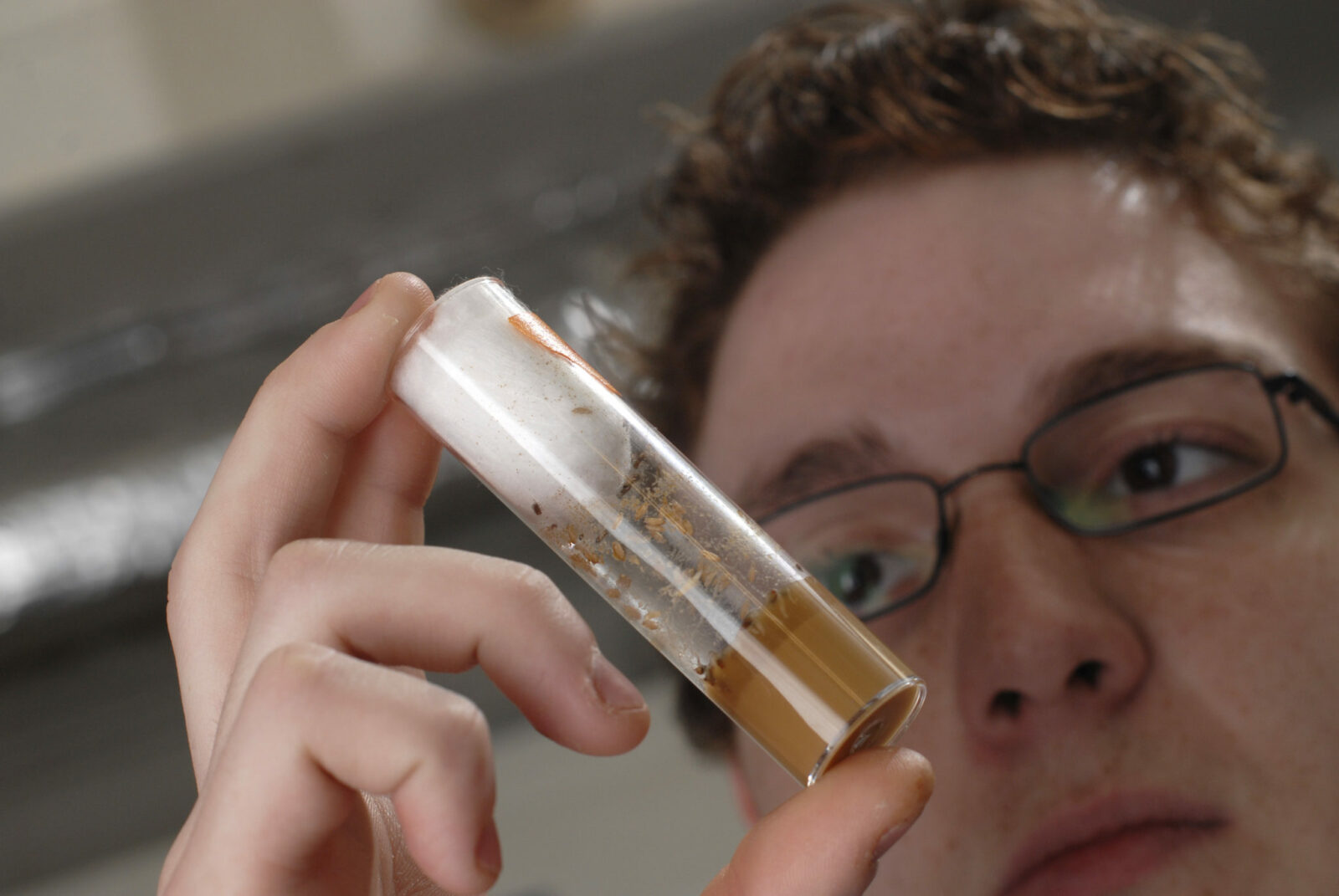 Fruit flies, like these studied by S&T student Dillon Barton, may hold clues to understanding the sleep patterns of Alzheimer’s patients. 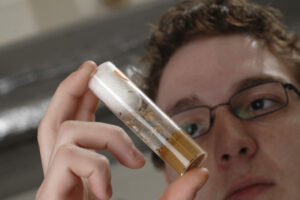 Fruit flies, like these studied by S&T student Dillon Barton, may hold clues to understanding the sleep patterns of Alzheimer’s patients.

Researchers in Missouri University of Science and Technology’s Center for Statistical and Computational Modeling of Biological Complexity are using fruit flies to help unlock some of the secrets surrounding sleep and Alzheimer’s disease.

According to the Alzheimer’s Association, many people with Alzheimer’s have changes in their sleep patterns, and sleep changes somehow result from the disease’s impact on the brain.

“If we fine-tune the ability to get sleep, we might mitigate the consequences of sleep deprivation,” Thimgan says. “It’s something that everyone can relate to; sleep deprivation affects a huge portion of the population.” 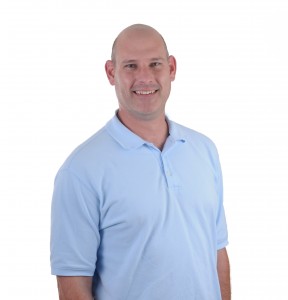 Using computational modeling makes the process exponentially faster, the researchers say, because reaching new starting points via traditional methods of biological research could take weeks or months instead of the hours or days needed with computer modeling.

Samaranayake uses time series modeling techniques to look at the presence of hidden cyclical behaviors that relate to underlying biological mechanisms that drive the sleep-wake cycle. He’s also looking to see if there are differences in activity patterns and sleep-wake cycles of flies of different genotypes and between healthy flies and those with Alzheimer’s, he says.

The flies don’t actually have age-related onset Alzheimer’s disease, but using fly genetics, the researchers “induce the human proteins that are thought to be hallmarks of the disease in the fly brain to produce Alzheimer’s-like characteristics in these flies,” Thimgan says.

To produce the Alzheimer’s-like conditions, Thimgan uses the human form of the proteins, which can be genetically manipulated to express a different levels in the fly. Variable levels of expression can help researchers understand the mechanism by which Alzheimer’s might affect sleep.

Flies are simply a tool the researchers use to come to a greater understanding of the human condition, especially sleep issues and Alzheimer’s disease.