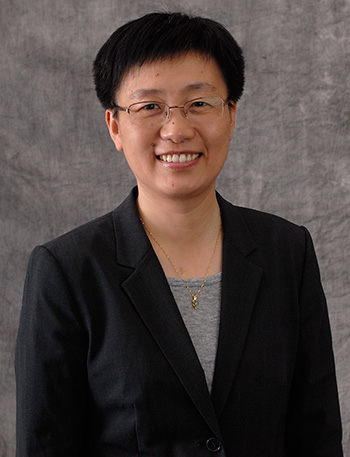 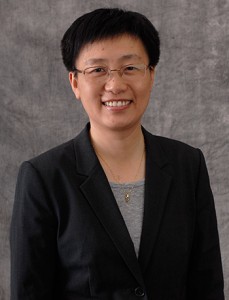 Dr. Rosa Zheng, associate professor of electrical and computer engineering at Missouri University of Science and Technology, has been named an IEEE Fellow in recognition of her contributions to channel modeling and equalization for wireless communications. The honor is the highest grade of membership in the organization.

Zheng joined the Missouri S&T faculty in 2005. In 2009, she received a CAREER Award from the National Science Foundation to support her work on improving underwater wireless communications. Her research focuses on shallow-water communication, a tool needed for environmental monitoring and other efforts. Shallow-water communication faces challenges because signals are affected by waves and reflections off the ocean’s top and bottom surfaces.

Zheng earned a bachelor of science degree from the University of Electronic Science and Technology of China in 1987 and a master of science degree from Tsinghua University in Beijing in 1989, both in electrical engineering. She earned a Ph.D. in electrical engineering from Carleton University in Ottawa, Canada, in 2002. She has authored more than 40 journal papers and more than 80 conference papers and has served as primary investigator (PI) or co-PI on 15 research grants totaling $3.2 million.

She is associate editor for the IEEE Transactions on Vehicular Technology and she is a member of the IEEE International Conference on Communications. She is a frequent reviewer for IEEE journals and international conferences and has served as a panel reviewer for the National Science Foundation and the University of Missouri Research Board.

On January 9, 2015. Posted in College of Engineering and Computing, Electrical and Computer Engineering, People