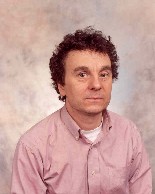 Dr. David Pommerenke, professor of electrical and computer engineering at Missouri University of Science and Technology, has been named an IEEE Fellow in recognition of his contributions to system-level electrostatic discharge technology. The honor is the highest grade of membership in the organization.

“To illustrate the research, imagine touching a tablet PC after being electrically charged by walking across a carpet,” Pommerenke says. “The small, often barely felt spark may upset or damage the tablet computer.”

Pommerenke analyzes situations like this and designs methodology to mitigate the damages.

“While a tablet is a good illustrative example, mitigation of possible damage or upset in medical equipment, automotive safety equipment such as airbags, ABS controllers are direct applications of this research,” he says.

Pommerenke earned bachelor of science and Ph.D. degrees in electrical engineering from the Technical University Berlin in Germany in 1989 and 1995, respectively.

On January 9, 2015. Posted in College of Engineering and Computing, Electrical and Computer Engineering, People