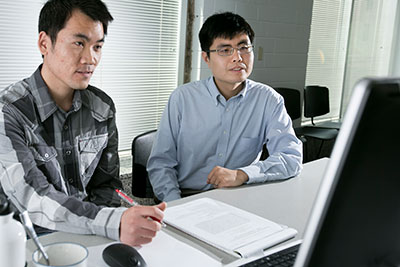 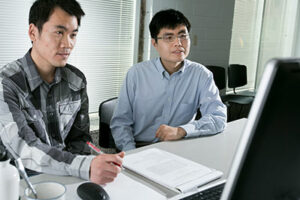 Dr. Lian Duan, assistant professor of mechanical and aerospace engineering at Missouri University of Science and Technology, has received a Young Investigator Award from the Air Force Office of Scientific Research to support his research on how noise affects wind tunnel testing of boundary-layer transition for high-speed, hypersonic flight.

Duan is one of 42 scientists and engineers to receive support through the Air Force’s Young Investigator Research Program. The program supports researchers who have received their Ph.D. or equivalent degrees within the past five years and who show exceptional ability for conducting basic research.

Prediction of boundary-layer transition is a critical part of hypersonic vehicle design because of the large increase in surface heating associated with the transition during flight, Duan says. Hypersonic vehicles, such as those used for space exploration or military strikes, fly through the atmosphere at speeds of Mach 5 or higher and must be designed and built to withstand the extreme heat and atmospheric changes they encounter at such high speeds, he says. 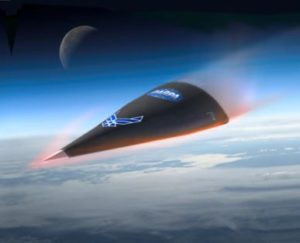 But wind tunnel tests of boundary-layer transition for hypersonic aircraft and spacecraft are drastically affected by “noise” that is created largely at the tunnel wall, Duan says. Because of that noise, transition data from those ground-based tests are not as accurate as they should be for hypersonic vehicle design, he says.

In collaboration with colleagues at Purdue University, the military’s AEDC Hypervelocity Wind Tunnel 9 in White Oak, Maryland, and the Sandia National Laboratories in New Mexico, Duan and his team are using the world’s largest supercomputers to simulate noise generation at the tunnel wall and characterize the wind-tunnel noise environment. The process is known as “wind tunnel rebuilding.”

“Such simulations will provide the basis for an in-depth understanding of the disturbance environment in noisy high-speed wind tunnels,” Duan says. “The knowledge and database gained through this effort will contribute to an improved ground-to-flight scalability of transition data and eventually enable holistic models for the transition process.”