Posted by Peter Ehrhard
On September 9, 2013 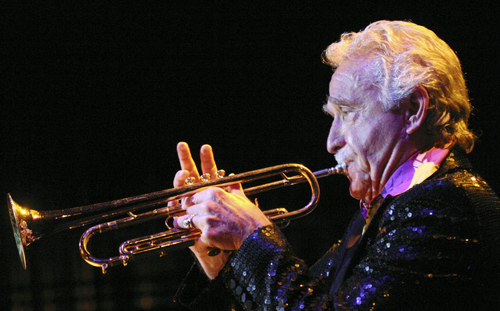 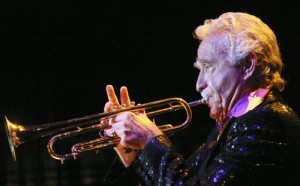 Doc Severinsen and His Big Band, featuring the former bandleader of “The Tonight Show,” will perform at Missouri University of Science and Technology this month. The performance will showcase the talent of the band, which rarely played a complete song during the television program.

The audience will hear a mix of pop, jazz, ballads and big band classics during the performance at 7:30 p.m. Monday, Sept. 30, in Leach Theatre of Castleman Hall, 10th and Main streets in Rolla. The show is part of Missouri S&T’s 2013-14 Campus Performing Arts Series.

Tickets are $40 for adults and $30 for youth 18 years and younger. The first 75 tickets for Missouri S&T students with student ID are free; additional S&T student tickets are $10. Tickets may be purchased from the Leach Theatre Box Office, located in the vestibule inside the main entrance to Leach Theatre, facing 10th Street. Box office hours are 9 a.m. to 4 p.m. Monday through Friday. Tickets may also be purchased online at leachtheatre.mst.edu/cpas/cpas13-14/docseverinsen/.

Within a week of the final broadcast of “The Tonight Show” with Johnny Carson in 1992, Doc Severinsen and His Big Band was touring the country. The group has been composed of The Tonight Show’s best musicians, including Ed Shaughnessy on drums, Ernie Watts on tenor sax and Snooky Young on trumpet.