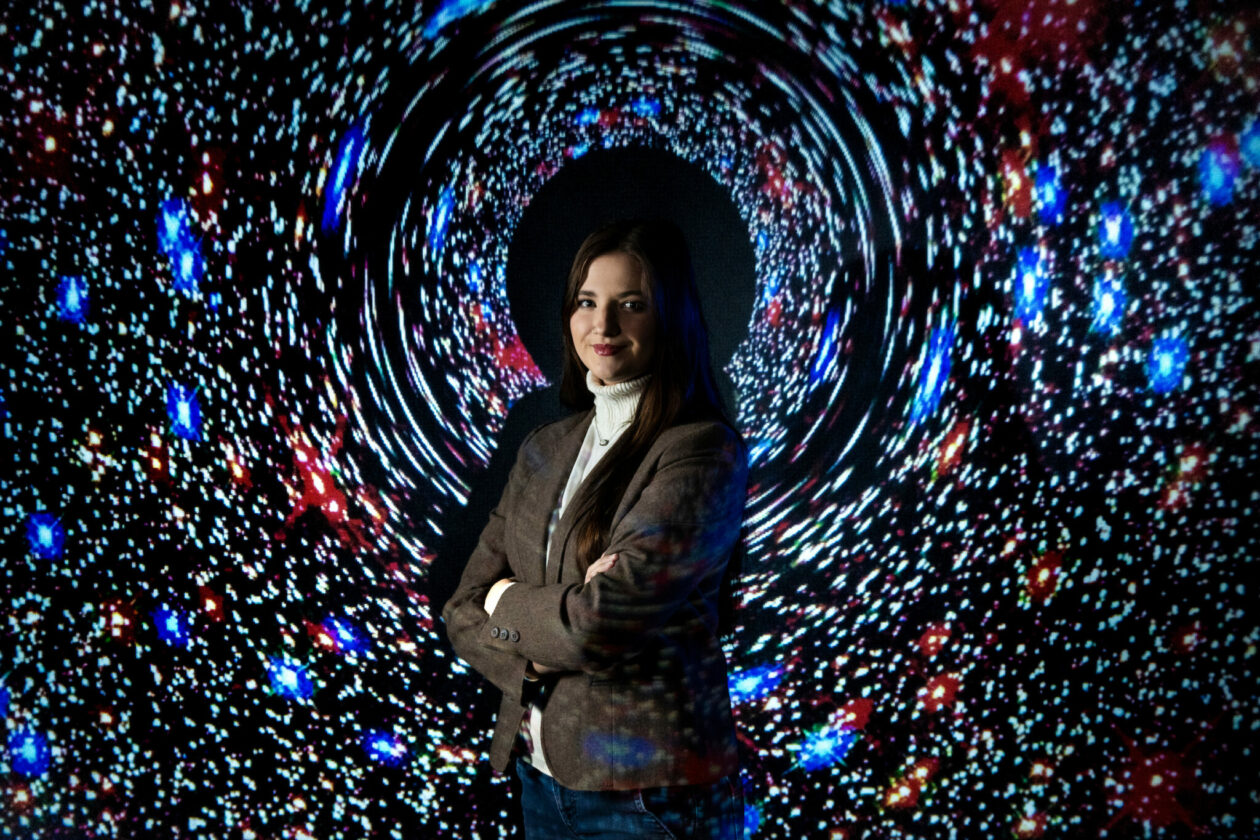 Jordan Stevens was one of only 36 women students at this year’s recent FUTURE of Physics 2022 Conference. Not one of 36 from Missouri S&T, but one of 36 total women student attendees from across the nation. As intimidating as those numbers sound, Stevens says she believes going there and participating could be pivotal to her future education.

“Attending the conference taught me not to limit myself when it comes to applying to graduate school and I believe it opened many doors networking-wise,” says Stevens, a senior in physics from Bonne Terre, Missouri. “There are few industry jobs for cosmologists, so I plan to apply to university doctorate programs. I’m in the middle of the application process now, so fingers crossed I am accepted into one.”

To be selected for the conference, Stevens had to have a professor or advisor send in a letter of recommendation. Her physics advisor, Dr. Shun Saito, assistant professor of physics at S&T, heard about the conference requirement and offered to write one for her.

“My work deals with a proposed new model of the universe we live in,” says Stevens. “The model we have now explains a lot of cosmological phenomena very well, but there are problems with this model. To attempt to fix a big one called Hubble Tension, I am using a new Early Dark Energy (EDE) model without fixing our universe to be flat to see if any shape would give better results in EDE solving the problem.”

Stevens got her start in astrophysics research after taking a cosmology class at S&T and finding an interest in it. She approached Saito about her newly found interest and he asked her to join his research team.

“I knew from a young age that I was most passionate about the pure sciences in school,” says Stevens. “My junior year of high school I watched a documentary on exoplanets, ones from outside our solar system, and I remember thinking in that moment that astrophysics is what I wanted to pursue in college. Now, I can’t imagine myself doing anything but cosmology.”