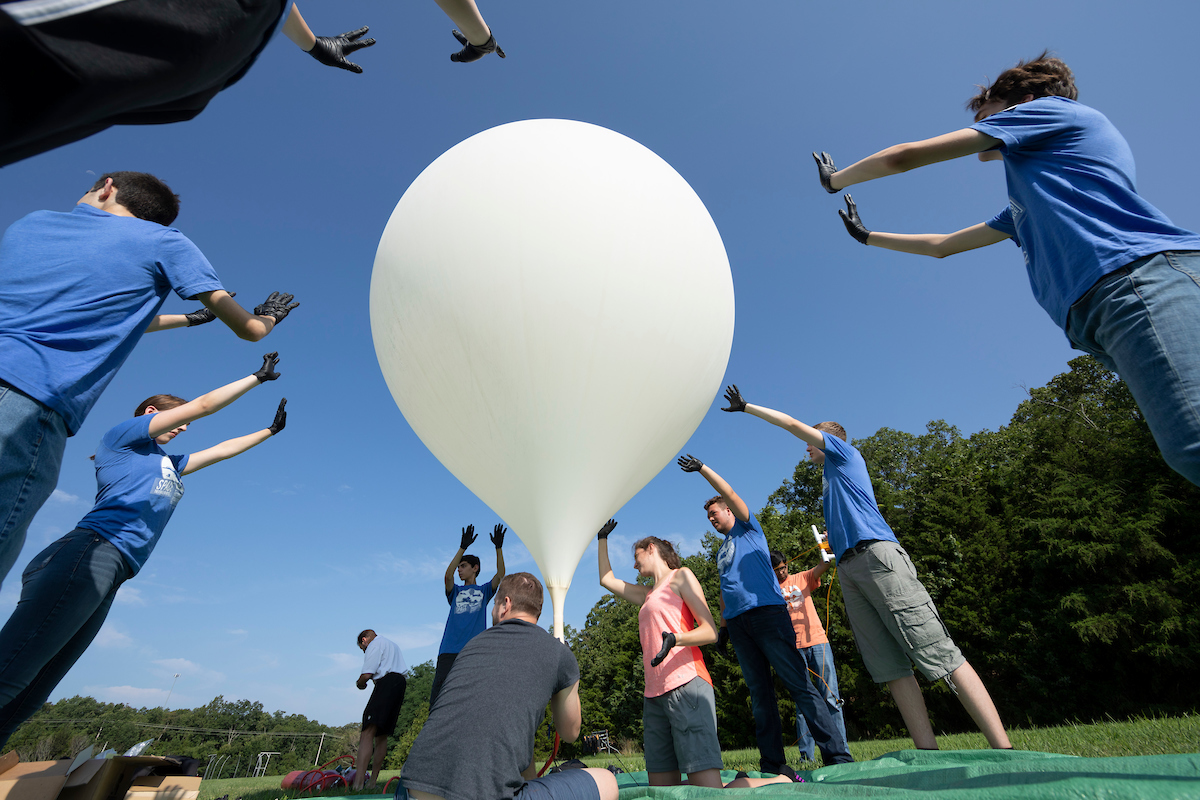 Missouri S&T students will have the opportunity to contribute to eclipse science during two upcoming solar eclipses as part of the Nationwide Eclipse Ballooning Project in 2023 and 2024.

“Missouri S&T has been conducting high altitude balloon launches since 2013, but this is the first time we’ve participated in the Nationwide Eclipse Ballooning Project,” says Dr. Jillian Schmidt, associate teaching professor of mechanical and aerospace engineering at Missouri S&T. “We’re excited to connect with others in the high-altitude ballooning community as we participate in this program.”

Participating students will build, test and launch a set of high-altitude balloon payloads and assemble a ground station to track data from their balloon. During the eclipses, the team’s balloon will livestream footage from the stratosphere, 75,000 – 120,000 feet above Earth. Missouri S&T students will have to travel to the path of the eclipses, with tentative plans to travel to the Albuquerque area for the October 2023 eclipse and Cape Girardeau, Missouri for the April 2024 eclipse.