Posted by Laura Studyvin
On November 7, 2022 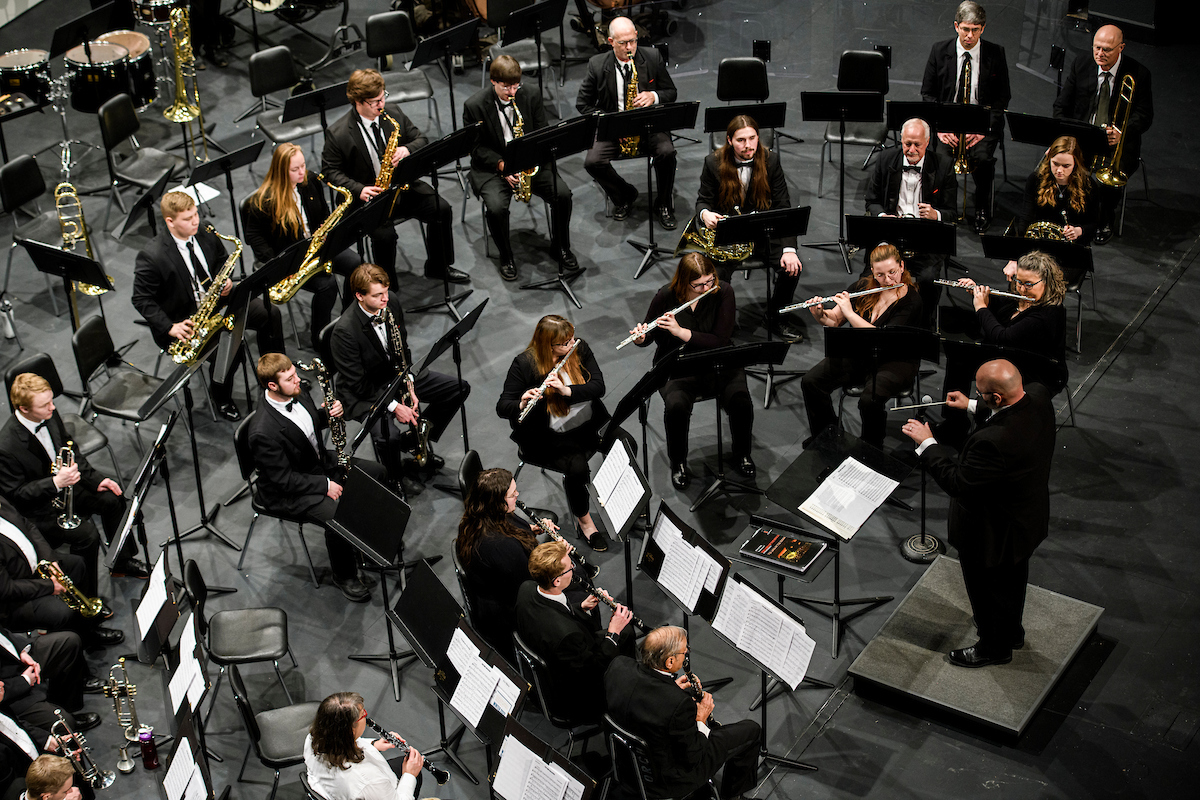 The S&T symphonic band, including members of the community, plays under the direction of Dr. David Samson at Leach Theatre in February 2022. Michael Pierce/Missouri S&T

Missouri S&T’s arts, languages, and philosophy department will present its second Wind Symphony concert of the season this November.

The performance will begin at 7 p.m. Friday, Nov. 11, in Leach Theatre of Castleman Hall, located on the Missouri S&T campus at the corner of 10th and Main streets in Rolla. The Wind Symphony is directed by Dr. David Samson, assistant professor of music at S&T. The student-led movie music ensemble and video game music ensemble will also perform.

“The University Wind Symphony is excited to present our second concert of the semester,” says Samson. “The mix of newer works along with standards of the wind band repertoire will be a great joy to perform. The addition of video game music in this concert is an homage to the great work being done by our Video Game Music Ensemble and other student-led groups.”

Tickets are $5 for the public, and free to youth ages 18 and under and Missouri S&T students with a valid ID. Tickets can be purchased 10 a.m. to 4 p.m. Monday through Friday from the Leach Theatre Box Office, located inside the main entrance to Castleman Hall, facing 10th Street. Tickets can also be purchased online at leachtheatre.mst.edu or by calling 573-341-4219. Service fees may apply to tickets purchased online.

For more information, visit alp.mst.edu/news-and-events, or contact the arts, languages, and philosophy department at 573-341-4185 or at alp@mst.edu.