S&T team competes against professionals in mine rescue competition 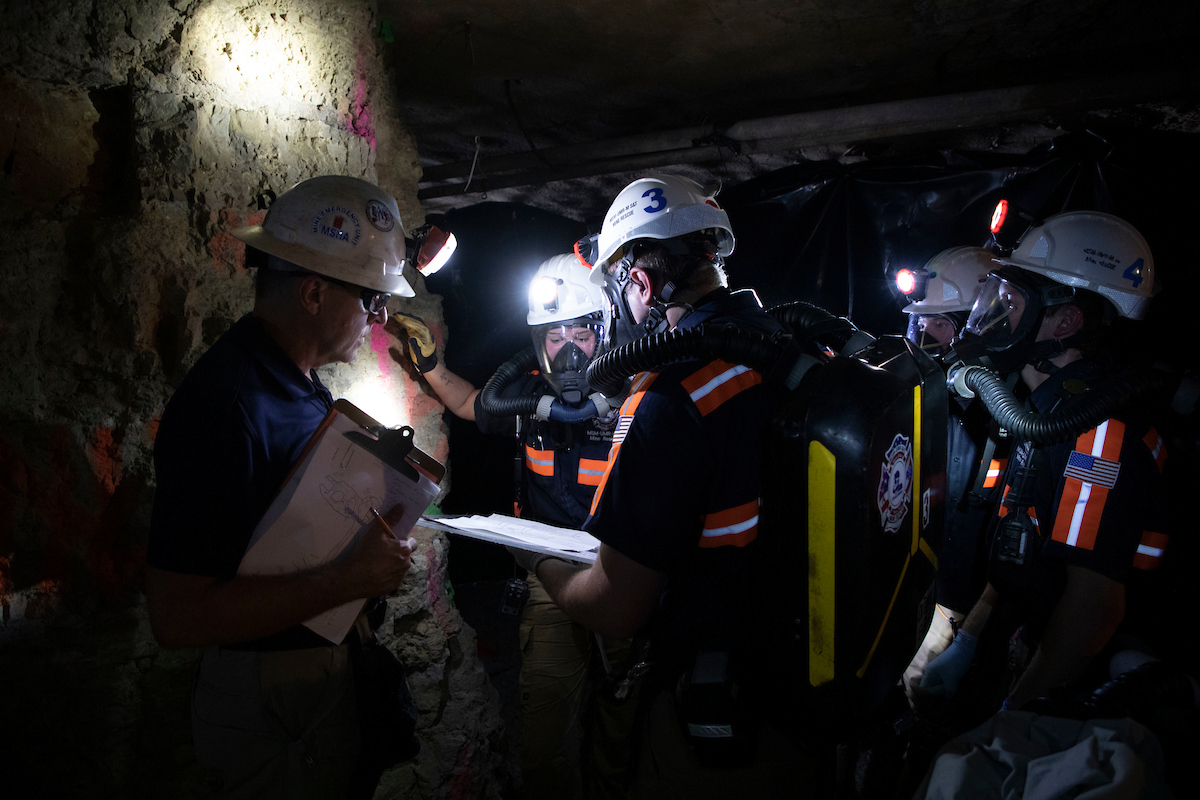 The 2019 Mine Rescue Competition in Missouri S&T’s experimental mine. Photo credit: Missouri S&T.

The Mine Rescue Competition consists of a variety of challenges focused on different aspects of mine rescue. Teams must respond to simulated underground emergencies, perform equipment checks, and show their first aid skills in both written and hands-on tests.

Missouri S&T’s team came in third in the BG-4 Benchman test, in which they checked a breathing apparatus for potentially dangerous faults. The S&T team was the only student team in the competition; all other teams were made up of mining industry professionals.

The following students are on the S&T team:

On October 5, 2022. Posted in Mining Engineering