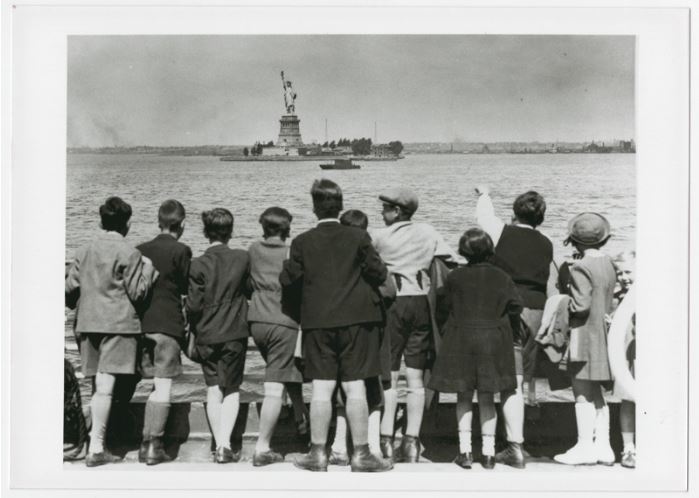 Refugee children look out at the Statue of Liberty as they pull into New York Harbor. Photo credit: U. S. Holocaust Memorial Museum, courtesy of Steve Pressman.

A Holocaust survivor will speak at Missouri S&T this October as part of the event series held in conjunction with the Americans and the Holocaust traveling exhibit. Rachel Miller, now a St. Louis resident, will speak about her experiences at 6 p.m. Wednesday, Oct. 19, in St. Pat’s Ballroom B of the Havener Center.

Miller was born in Paris to Jewish parents who had already fled from antisemitism in Poland. When she was 9 years old, she was sent to the countryside to live in hiding. Her mother and siblings remained in Paris and were taken to concentration camps days later. Ninety-three members of her extended family were killed during the Holocaust. Acting as their voice, Miller tells her story to honor her family.

For more information on the lecture and other Americans and the Holocaust events, parent and teacher resources and recommended reading and viewing, please visit libguides.mst.edu/holocaustexhibit/events.

Americans and the Holocaust: A Traveling Exhibition for Libraries is an educational initiative of the United States Holocaust Memorial Museum and the American Library Association. Missouri S&T’s Curtis Laws Wilson Library is one of 50 libraries nationwide selected to host the exhibit.