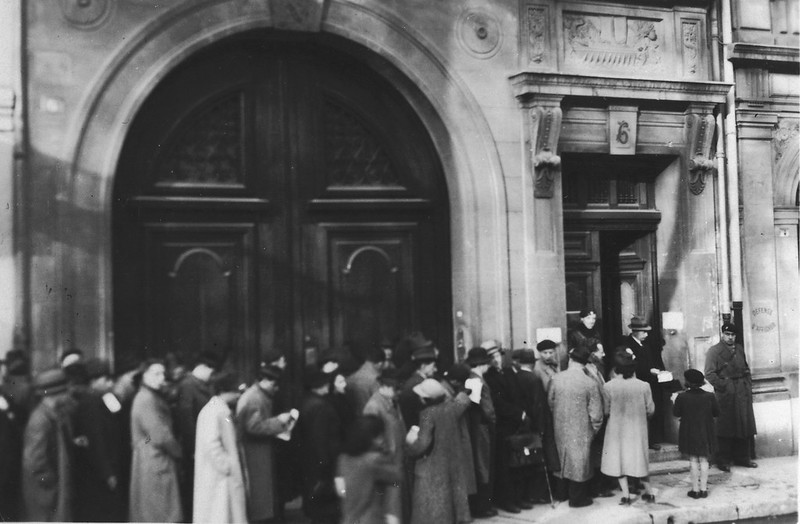 Dr. Shannon Fogg, professor of history and interim associate dean for academic affairs at Missouri S&T, will give a talk titled “The American Friends Service Committee and the Holocaust in France” as part of the event series connected to the Americans and the Holocaust exhibit. The talk begins at 6 p.m. Wednesday, Sept. 28, on the second floor of the Curtis Laws Wilson Library on the S&T campus.

The American Friends Service Committee is a Quaker organization that was created to provide aid to victims of World War I. After that war, the AFSC remained in Europe to help refugees from other conflicts and was present in France during the lead up to World War II. Due to the U.S.’s initial neutrality, the AFSC was able to continue aiding people in France even after the beginning of the Nazi occupation. Fogg’s talk will focus on the AFSC’s work to help Jews in France during the Holocaust, including its fundraising and publicity campaigns in the United States.

Fogg is a historian who specializes in the history of Modern France from the Enlightenment to the present, with an emphasis on social history. Her research focuses on daily life in France during and after World War II. She joined the Missouri S&T faculty in 2004, and has since received the Faculty Research Award, the Faculty Teaching Award and the Faculty Service Award, and was named Missouri S&T’s Woman of the Year for 2014. Fogg received the 2009 Missouri Conference on History Book Award for her book The Politics of Everyday Life in Vichy France: Foreigners, Undesirables, and Strangers, which was published in 2009 by Cambridge University Press.

For more information on these events, parent and teacher resources and recommended reading and viewing, please visit libguides.mst.edu/holocaustexhibit/events.