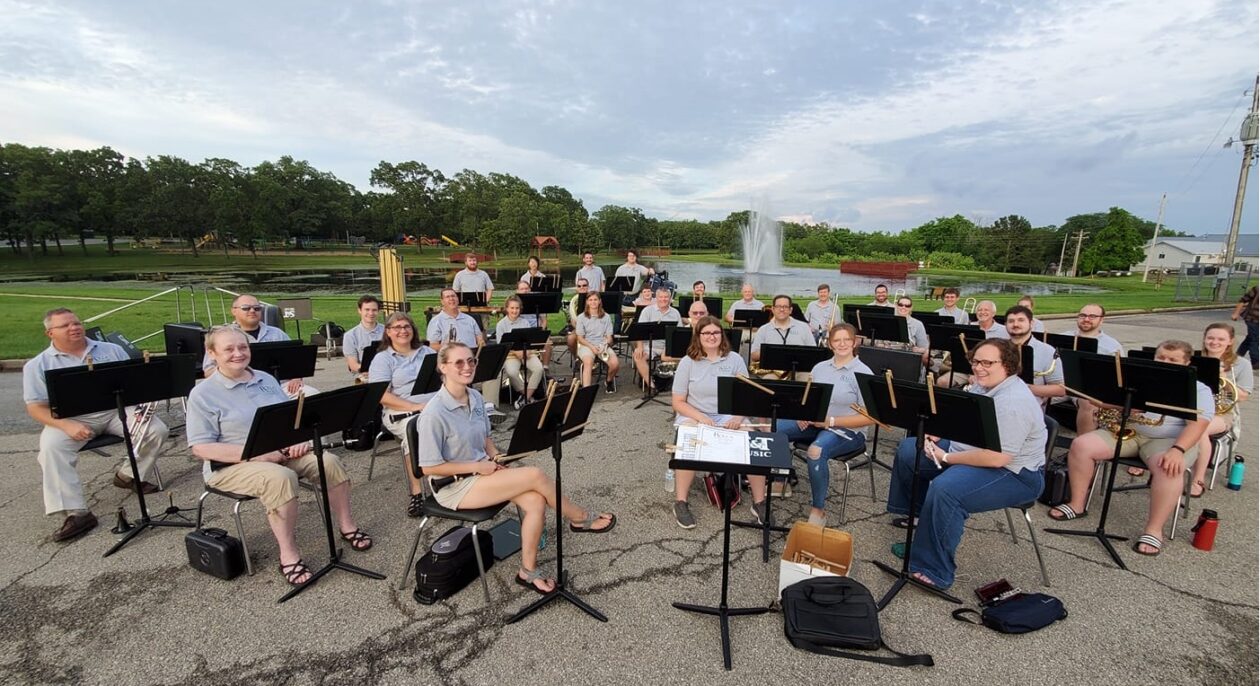 The Rolla Town Band at the Lions Club Carnival in 2021. Photo provided by Dr. David Samson.

The Rolla Town Band will kick off the summer season with a free concert on June 21.

The first concert will be held at 7:15 p.m. Tuesday, June 21, at Rolla’s Downtown Band Shell, celebrating “Make Music Day.” Additional concerts will be held at 7:30 p.m. Thursday, June 30, Thursday, July 7, and Thursday, July 14, on the Castleman Hall Green, located at the corner of 10th and State streets on the Missouri S&T campus. The Rolla Town Band will be joined by the 135th Army Band’s Bear Brass ensemble at the June 30 concert. All concerts are free and open to the public.

The Rolla Town Band has been performing free outdoor concerts for over 30 years. The band is made up of musicians of all ages and skill levels from Phelps County and the surrounding area.

For more information about the Rolla Town Band contact Dr. David Samson, director of the band and assistant professor of music at Missouri S&T, at 573-341-6837 or samsondw@mst.edu.