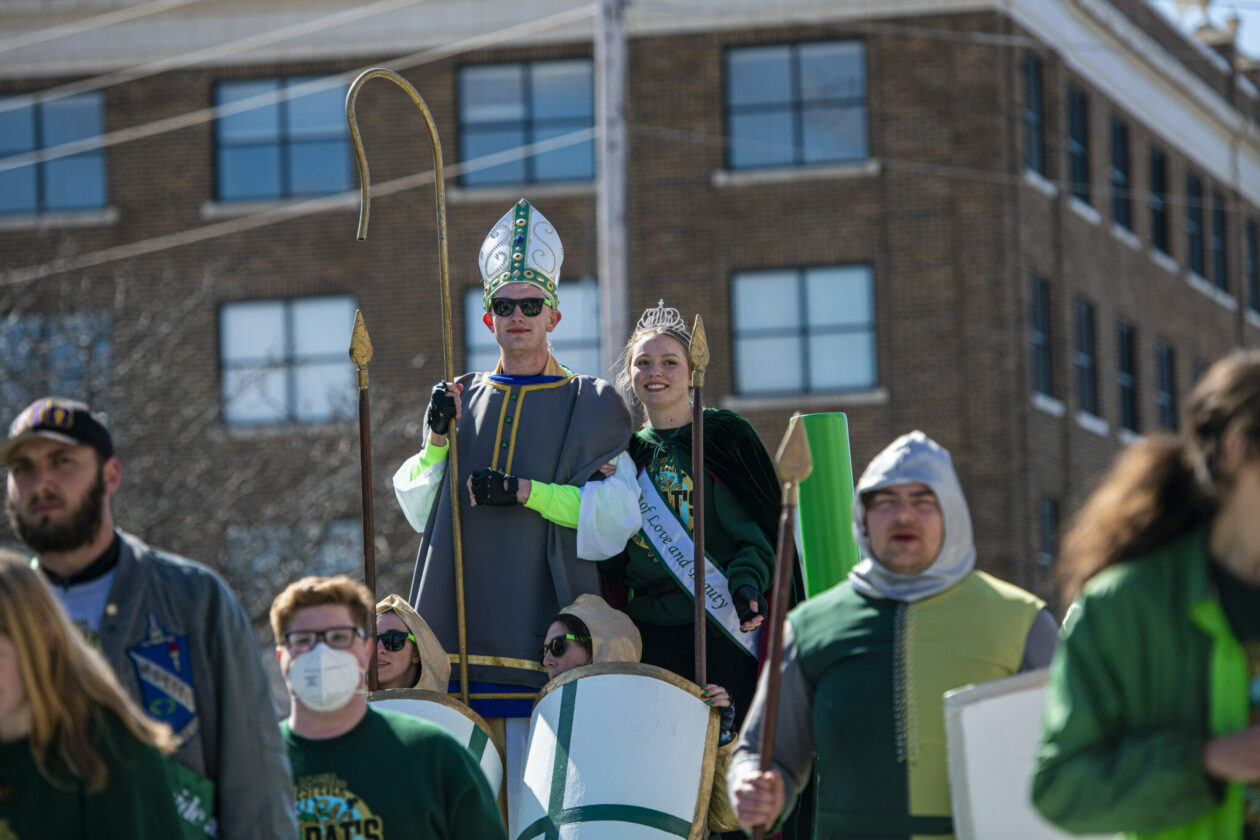 The 2022 Queen with St. Pat during the parade. Photo by Michael Pierce, Missouri S&T.

Missouri S&T student Grace Christian, a senior in mechanical engineering from Jefferson City, Missouri, has been crowned the 2022 Queen of Love and Beauty for the 114th St. Pat’s celebration in Rolla. She was nominated by Tau Kappa Epsilon.

In a new tradition for this year, the St. Pat’s Board created a student knights’ court. Alexander Martin, a senior in business and management systems from Plainfield, Illinois, was named the Prince of Pride and Hope. He was nominated by the Interfraternity Council.

Members of the student knights’ court are: