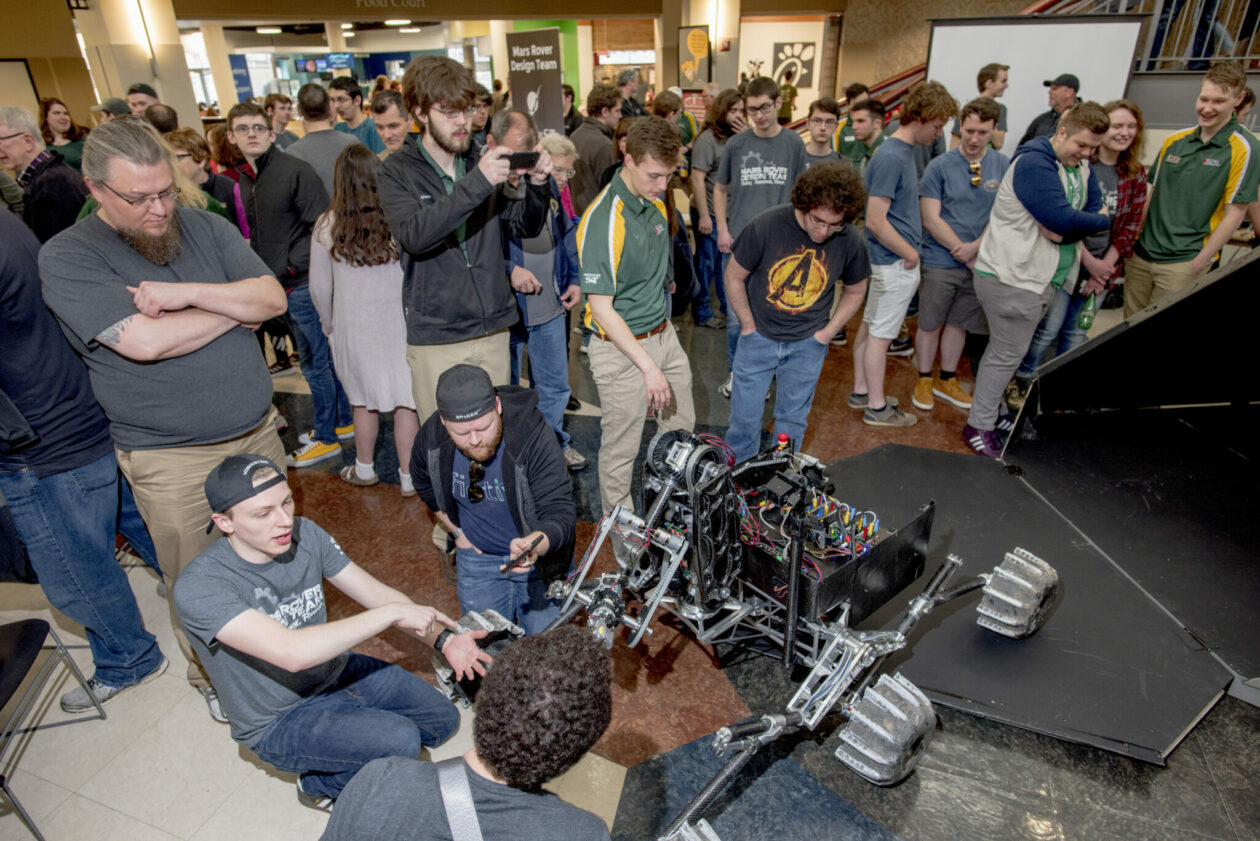 The Missouri S&T Mars Rover Design Team will reveal this year’s student-built rover at a ceremony scheduled for 1 p.m. Saturday, March 12, at the Student Design and Experiential Learning Center (SDELC), housed in the Kummer Student Design Center at 1051 N. Bishop in Rolla.

After the unveiling, the Missouri S&T team will host a meet-and-greet with team members and showcase various parts and aspects of the rover. The event is free and open to the public.

The team has applied to compete at the 2022 University Rover Challenge. Missouri S&T won the 2017 competition, becoming the first U.S. team to earn first in the past seven years, and earned second place in 2018.

The Mars Rover Design Team is a student-run team in Missouri S&T’s SDELC, which provides real-world team-based operations, including computer design laboratories, a manufacturing shop, office space and logistical support for over 20 design teams. Design teams mirror small start-up companies that plan large-scale projects, organize into departments, raise funds, communicate their ideas, and solve open-ended design challenges. Most teams compete annually against other collegiate teams from around the country and the world. For more information about the teams, visit design.mst.edu.