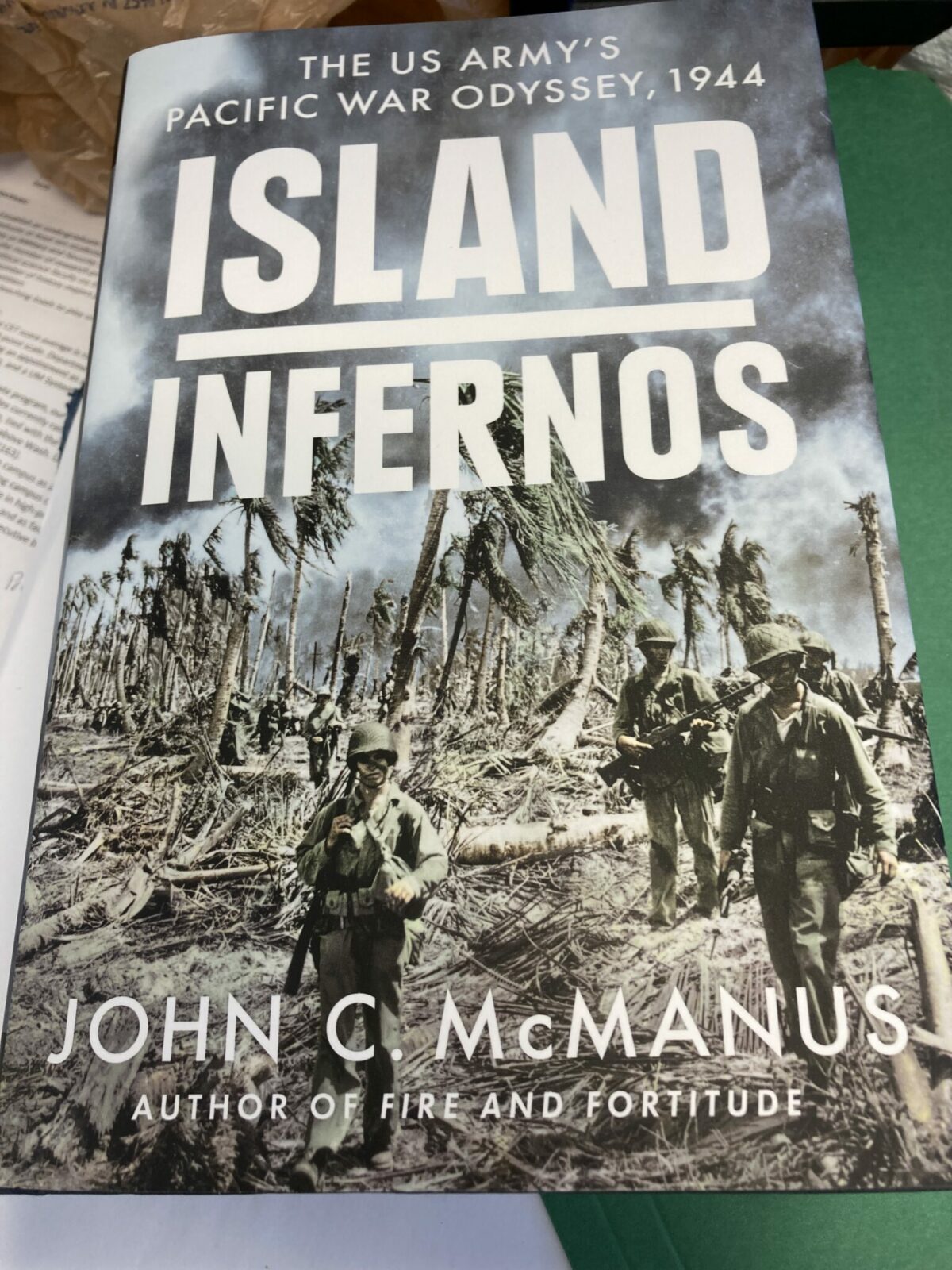 From the highest-ranking generals to the lowest-ranking foot soldiers, U.S. Army soldiers’ perspectives of war in the Pacific theater during World War II are shared in the latest book by military historian Dr. John McManus.

Island Infernos: The US Army’s Pacific War Odyssey, 1944, published by Dutton Caliber, a division of Penguin Random House, will be released Tuesday, Nov. 9. Island Infernos is the second book in a trilogy McManus is writing about the U.S. Army in the Pacific during World War II.

The new book explores the U.S. Army’s work to defeat Japanese forces through island hopping in 1944. By that year, the United States had been involved in the war for over two years and held ground across nearly a third of the globe – from Alaska’s Aleutian Islands to Burma and New Guinea.

“There is still a popular perception that the Marine Corps did all the fighting in the Pacific and the Navy did the rest,” says McManus, Curators’ Distinguished Professor of history and political science at Missouri S&T. “But actually, the Army did the vast majority of the fighting against Japan. This was the third largest ground force this country has ever sent overseas to fight a war.”

Island Infernos covers the main conflicts in the Pacific, including the battles for Saipan and Guam, the carnage of Peleliu, General MacArthur’s return to the Philippines, and the jungle combat to capture the island of Leyte.

“The Army had built up into a massively complex organization with a lot of logistics concerns,” says McManus. “The challenges included re-supplying troops over thousands of miles of ocean; surviving in jungles with dysentery, malaria and other tropical diseases; and fighting an enemy that fought with skill and desperation.”

McManus’ research for the three-volume series is supported in part through a National Endowment for the Humanities Public Scholar award. McManus received the award in 2015.

His first book about the Pacific theater, Fire and Fortitude, earned McManus the Gilder Lehrman Prize for Military History. The $50,000 prize is awarded by the Gilder Lehrman Institute of American History to recognize the best book in the field of military history published in English during the previous calendar year.

McManus is the author of 14 non-fiction historical books about the American military experience. He is in frequent demand as a speaker and expert commentator on 20th and 21st century American war, and has appeared on Fox News, C-Span, the Military Channel, the Discovery Channel, the Smithsonian Network, History and PBS.

McManus was named to the UM System 2019-20 class of the Presidential Engagement Fellows based on his demonstrated excellence and ability to communicate his research to the public.