Posted by Patrick Collins
On October 8, 2021 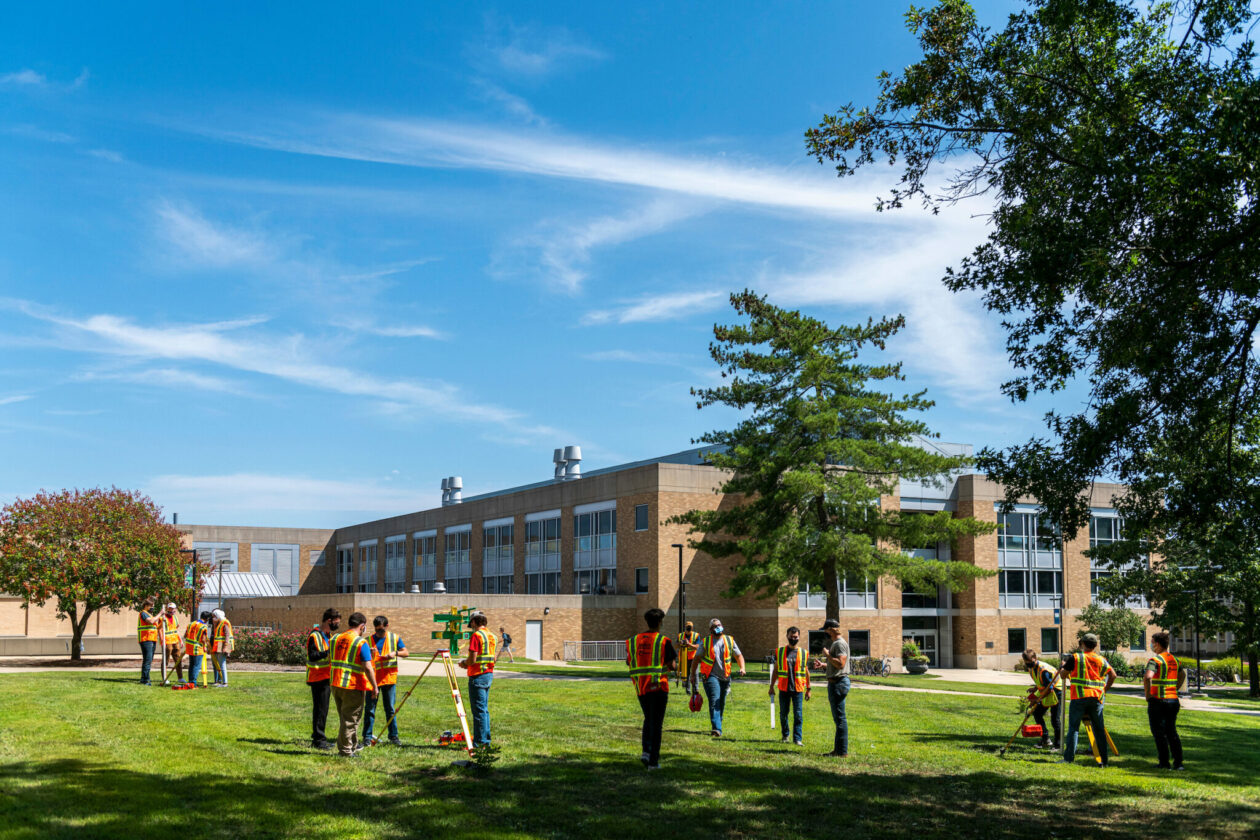 Nine professionals with ties to Missouri University of Science and Technology were inducted into the Missouri S&T Academy of Civil Engineers during an induction ceremony held Thursday, Oct. 7, at Hasselmann Alumni House. Several of the members inducted at a virtual ceremony held in September 2020 also attended and were recognized. Due to travel restrictions and illness, some inductees were unable to attend, and they will be officially inducted in 2022.

The academy recognizes outstanding alumni for their professional achievement and success. It also provides support and experience to help the civil, architectural and environmental engineering department at Missouri S&T to reach its collective mission and values.

David Bufalo of Denver, who retired from the city and county of Denver public works department, earned a bachelor of science degree from Missouri S&T in 1966. Over a 40-year career, he has been employed by Fortune 500 corporations, private consultants, federal, state and local governments, and Engineering News Record top 400 construction contractors. He has managed projects in Missouri, Arizona, California, Montana, Alaska, Colorado and Canada. Bufalo has been active in NSPE, Engineer’s Club in St. Louis, ASCE and especially the Miner Alumni Association, where he served in active roles and was awarded the Alumni Ambassador, Little Mack, Phoenix and Century Club awards.

Gary Creason of Overland Park, Kansas, who retired from Affinis Corp. in Overland Park, Kansas, in 2015, earned a bachelor of science degree in civil engineering from Missouri S&T in 1971, and a master’s degree in business administration from Rockhurst University in 1984. After retiring from Burns & McDonnell, Creason founded his own consulting firm to provide oversight of the new Riverside-Quindaro Bend Levee L-385 construction project in the Kansas City area.

David Flanagan, of Madison, Wisconsin, earned a bachelor of science degree in civil engineering from Missouri S&T in 1967 and a juris doctor degree from the University of Wisconsin Law School in 1974. After law school, he spent 24 years trying jury trials as an assistant attorney general. His work included criminal prosecution, construction and product liability matters as well as professional negligence cases. Flanagan was elected circuit court judge three times and served from 1999 to 2016, with responsibility for criminal, civil and juvenile cases. He continues to serve as a reserve judge.

Ken Morgan of Keller, Texas, president of KCM Consulting Services LLC, earned a bachelor of science degree in civil engineering from Missouri S&T in 1983. He is a licensed professional engineer in Arizona, Colorado, Missouri and soon to be Texas. He also holds water distribution operator certifications in Arizona and Texas. He authored the book “Managing Water Main Breaks Field Guide,” and co-authored the book “Wastewater Operator Certification Exam Prep,” both published by AWWA. He is in the process of publishing “Developing Effective Standard Operating Procedures for Water Utilities.”

Robert Riess Sr. of The Woodlands, Texas, vice president and division manager of Henkels & McCoy Inc. pipeline division, earned a bachelor of science degree in civil engineering from Missouri S&T in 1979. He founded the Riess Family Endowment for scholarship awards, and in 2007 received the Robert V. Wolf Alumni Service Award from the Miner Alumni Association for his service and contributions.

Tracy Thomas, managing director of the U.S. Department of State’s Bureau of Overseas Buildings Operations (OBO) Arlington, Virginia, earned bachelor of science and master of science degrees in civil engineering from Missouri S&T in 1985 and 1987, respectively. She has had a long and distinguished career as a member of the Senior Foreign Service where she presently directs construction management, facility management and security management programs for the U.S. Department of State’s robust real property portfolio, valued at over $90 billion.

Chris Nisbet of Des Peres, Missouri, project director at McCarthy Building Companies Inc., earned a bachelor of science degree in engineering management with a civil focus from Missouri S&T in 1984; he was inducted as an honorary member. He worked with Missouri S&T to advance the Hurst McCarthy Professorship in 2018-19 and helped facilitate the advancement of the Missouri Consortium for Construction Innovation (MO-CCI) at S&T. Nisbet was quarterback and co-captain for the 1983 S&T football team and catcher and co-captain for the 1984 S&T baseball team.