Innovation doesn’t take the summer off 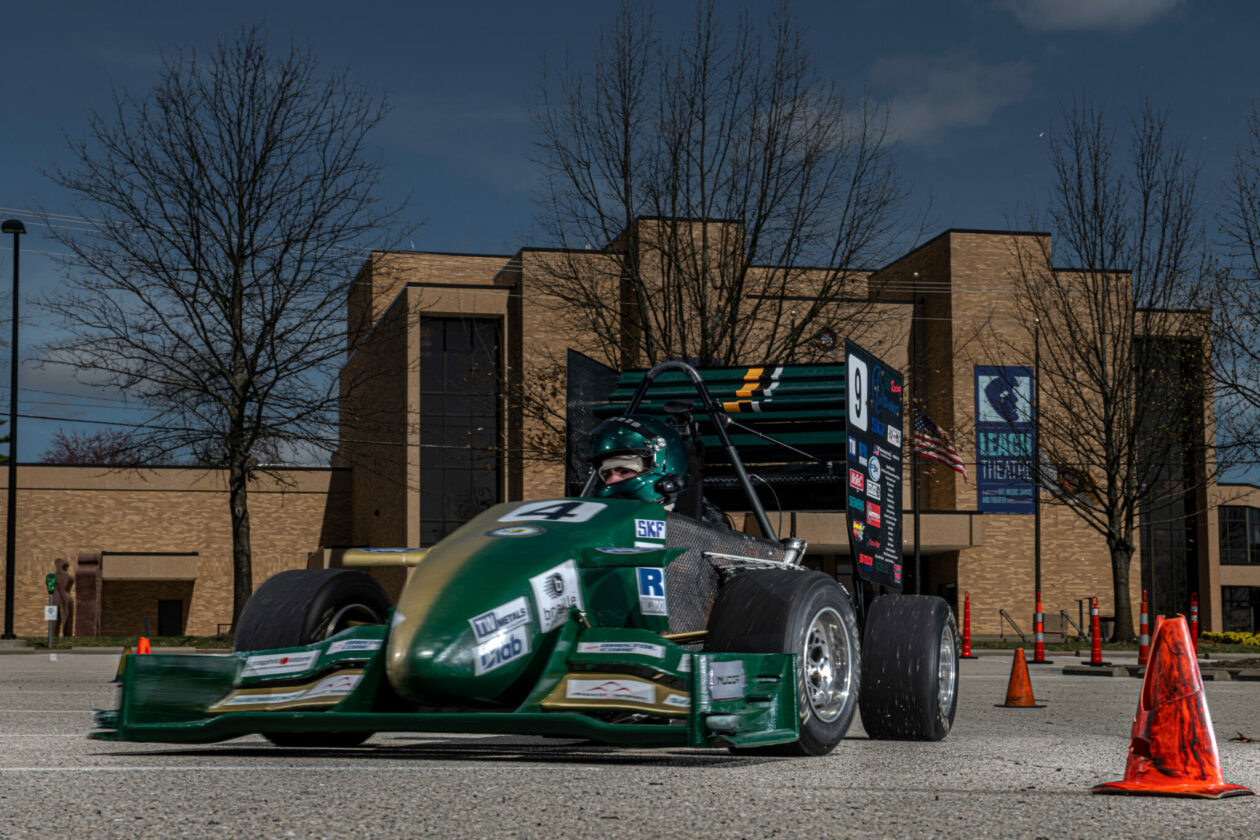 The Formula Car Design Team practices in a parking lot near Castleman Hall in the spring 2021. Photo by Michael Pierce, Missouri S&T.

Most S&T students take a well-earned break in the summer, but the quiet on campus is still occasionally disrupted by the roar of a rocket launch or the rumble of a racecar engine coming from the Student Design and Experiential Learning Center.

Even during the summer, students are working in the design center, which provides Missouri S&T’s student design teams with computer design laboratories, a manufacturing shop, office space and logistical support. Several teams are preparing to compete this summer, but all 19 teams are in a constant state of testing, manufacturing and planning for the next season or next competition.

The Solar House Design Team finished strong in the Solar Decathlon with its house, the Freedom to Live Independently, Green Housing for Tomorrow (FLIGHT) Home, which earned second place in the Suburban Single-Family Housing Division.

“It was crazy in the design center during finals week as people came in to work and unwind with teammates, and even in the summer we have work going on with teams designing and machining the last of the parts they need and doing simulations and testing,” says Tom Wagner, outreach manager at the Student Design and Experiential Learning Center at S&T. “A bunch of design team members have kept busy attending admissions and new student programs events with their projects, getting the cars, airplane and Rover out and talking to the incoming class of students. They are already working toward next year’s designs and challenges.”

Design teams mirror small start-up companies that plan large-scale projects, organize into departments, raise funds, communicate their ideas and solve open-ended design challenges. Nearly every team competes at an annual event against other collegiate teams from across the country and around the world.

The Rocket Design Team plans to launch two rockets in Argonia, Kansas, on July 10 and Aug. 8, for testing and proof of concept. And the Formula Design Team will compete at Formula SAE Michigan, held July 7-10 at the Michigan International Super Speedway in Brooklyn, Michigan.