Green energy increases the need for mining and metals production 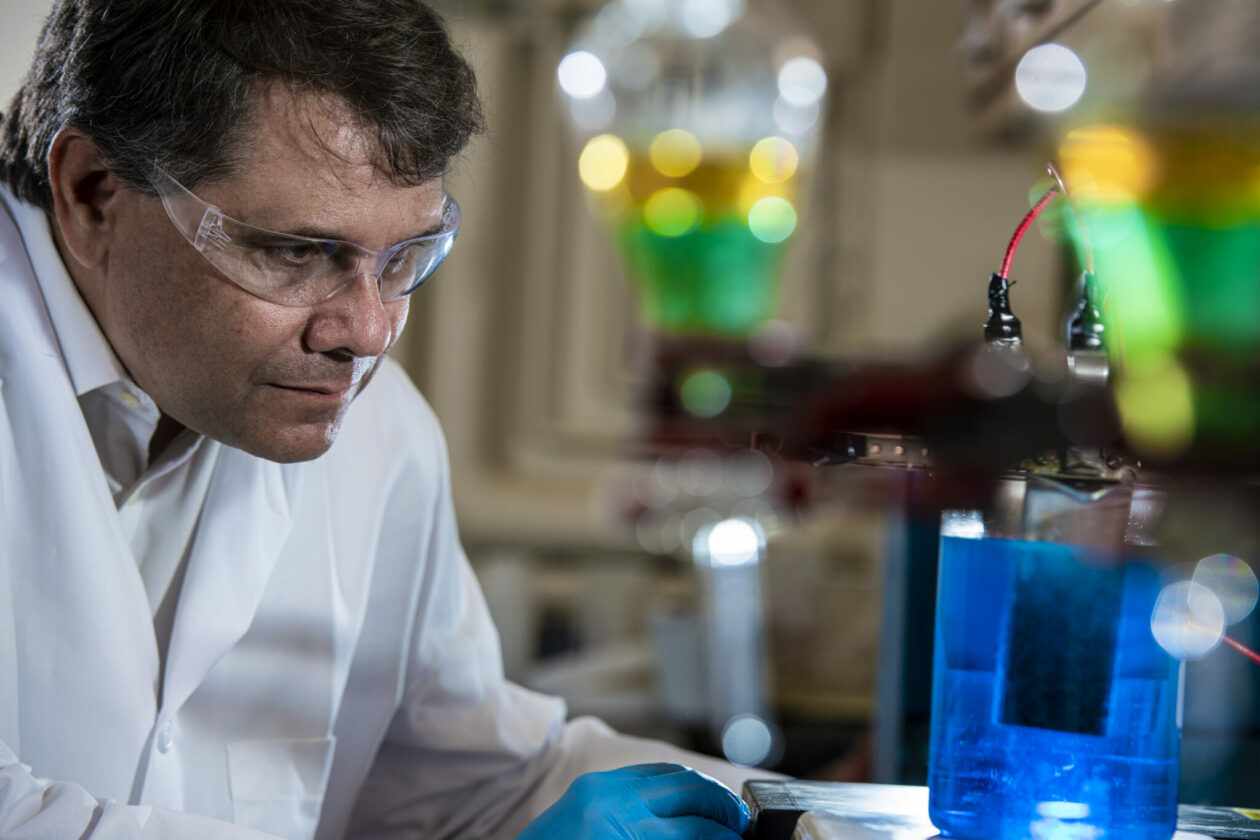 Clean energy may mean less mining for coal, but it also means opening or expanding mines to unearth minerals such as cobalt for use in alloys and batteries, tellurium for solar cells and semiconductors, and germanium for transistors in electronic devices. That’s according to Dr. Michael Moats, professor and interim chair of materials science and engineering at Missouri S&T, who says reducing carbon emissions from energy systems in the United States will increase the need for metal production by two to six times per kilowatt of energy production.

“We could eventually reach some of our materials needs by recycling, but there is very little to recycle at this point,” says Moats. “So, we’re going to have to bring on new mines to meet the demand.”

Moats, who is director of the Thomas J. O’Keefe Institute for the Sustainable Supply of Strategic Minerals at Missouri S&T, says current mining of cobalt, for instance, provides about 100,000 tons per year. To meet future green energy needs, he says production would need to double by 2030 and triple by 2050. Much of current production comes from the Democratic Republic of Congo and is refined by China.

“It becomes an issue of how much control you want over your supply chain and how difficult it can be to bring supplies from overseas during wartime or political upheaval,” says Moats. “It’s a very complex discussion because it involves energy, defense, economics, diplomacy and other areas.”

Moats says the United States has cobalt assets in Missouri, Minnesota and Idaho, but production trails other sources because the U.S. permit process takes years. Resources in the U.S. are small compared with countries such as Canada, he adds, and the U.S. lacks the smelters to refine the materials from ore and existing mine tailings.

Developing a trained domestic workforce consisting of the trades, engineers and scientists is another issue. Moats testified to members of the U.S. House Committee on Natural Resources earlier this year that many U.S. universities no longer offer degrees in mining or metallurgical engineering. Missouri S&T offers one of 11 mining engineering programs accredited by the Accreditation Board for Engineering and Technology (ABET). It is one of only seven schools in the U.S. that offer ABET-accredited metallurgical engineering programs.

In his testimony before the committee members, Moats recommended that the federal government create a mining and metallurgy innovation center to foster research and build interest in critical metals production.

“We want to promote science-based policy at the O’Keefe Institute,” Moats says. “We want to be engaged in the conversation to find solutions in the best interests of all stakeholders.”