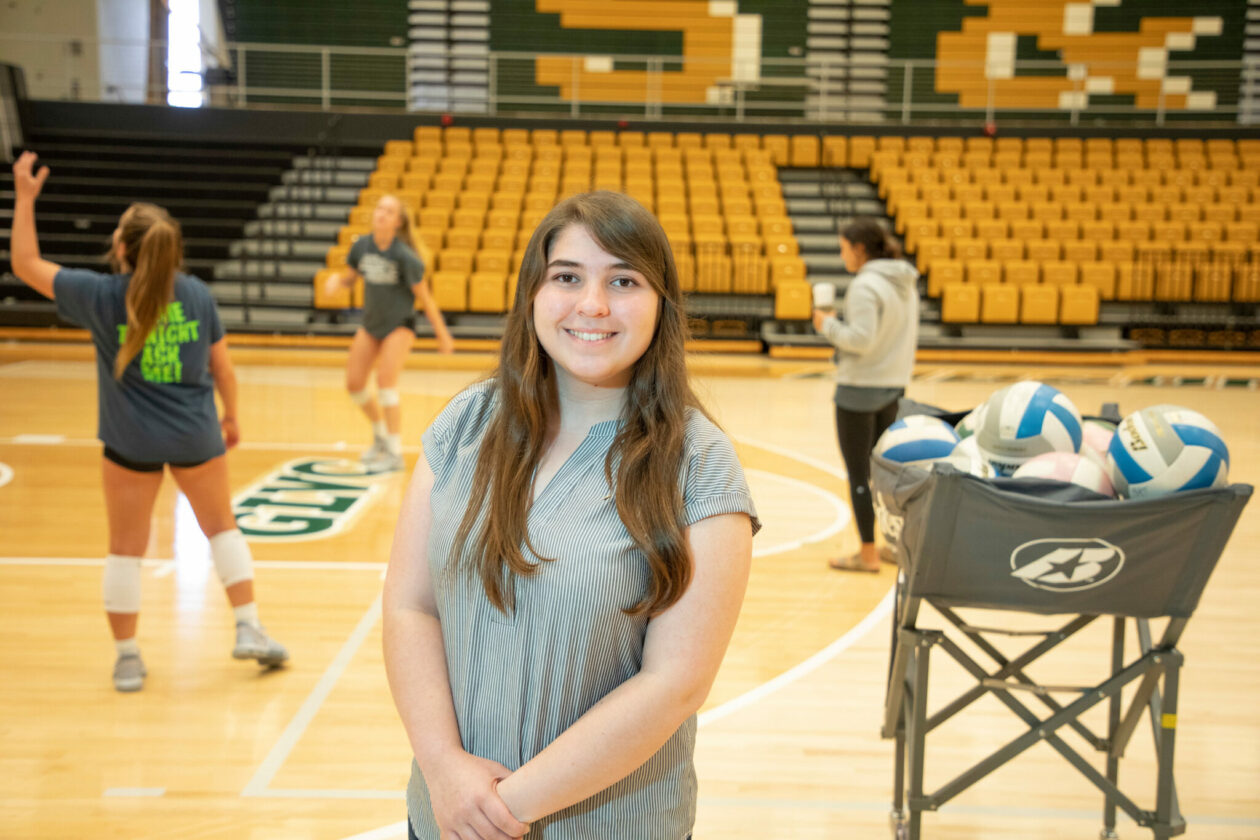 Raelynn Twohy, a senior in biological sciences and psychology from St. Peters, Missouri, has earned Missouri S&T’s Renaissance Student Award for 2021. The award was presented Thursday, May 6, in a virtual ceremony hosted by the department of arts, languages, and philosophy, and includes a $1,000 prize.

The award is named for the idea of the “Renaissance” person, someone who excels in multiple intellectual or artistic disciplines. The most famous example is Leonardo Da Vinci, who was a painter, sculptor, musician, mathematician, inventor and writer.

“I truly can’t think of a more suitable student for the Renaissance Award than Raelynn,” says Dr. Amy Belfi, assistant professor of psychological science at S&T. “She is highly motivated and driven to pursue a career in science, has a strong work ethic, and is successful in both science and so many other areas.”

In addition to her academic pursuits, Twohy has been heavily involved in performing arts at S&T. She participated in theater both on stage and behind the scenes at S&T, Fine Linen Theatre, and Ozark Actor’s Theatre. She played flute and percussion in multiple ensembles, as well as performing vocally in choirs. She also joined S&T’s Ballet and Dance Club, Alpha Psi Omega and Tau Beta Sigma.

“I think Raelynn represents the ideal undergraduate student at this school when it comes to involvement in the arts,” says Taylor Gruenloh, assistant teaching professor of theater at S&T. “Not just one particular field, but many disciplines.”

The runner-up for the award is Daniel Johnson, a senior in computer science with a minor in philosophy from St. Louis.

Johnson has extensive experience in theater, and performed as a member of Gitana Productions since he was 11 years old. At S&T, he continued to pursue theater as a member of Perfect 10 Improv, Alpha Psi Omega and the Miner Theater Guild, in addition to excelling academically and participating in student organizations such as Associated Students of the University of Missouri (ASUM) and Student Diversity Initiatives (SDI).

“I’ve known Daniel for a number of years now, and he’s always been an outstanding student and a great leader among the student organizations he’s been involved with,” says Gruenloh. “He’s a great ambassador for this institution.”