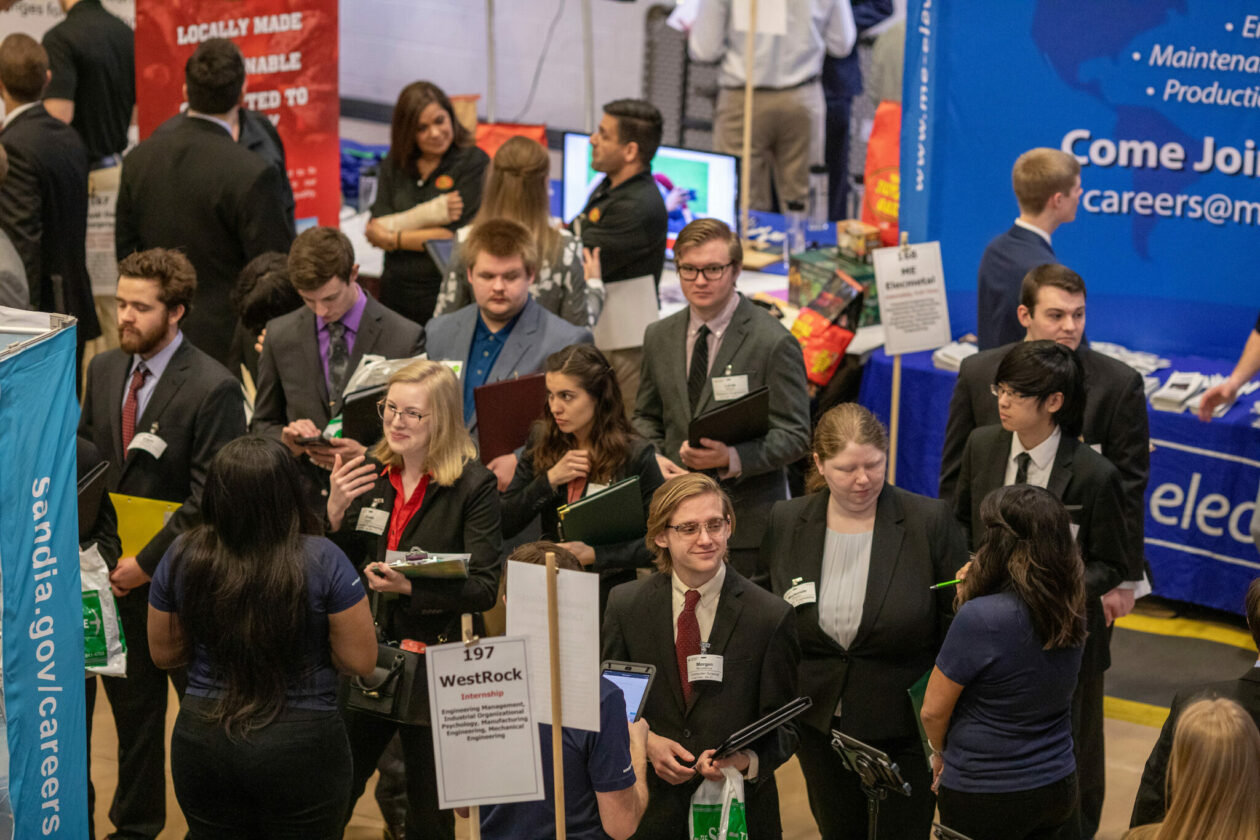 Missouri S&T students are highly sought after by employers from around the world. At the spring 2020 Career Fair (pictured), more than 250 companies signed up to recruit students for full-time jobs, internships or co-op positions. Photo by Tom Wagner/Missouri S&T

Missouri S&T is one of the nation’s best public universities when it comes to return on investment, career opportunities and internship opportunities for students, according to the Princeton Review’s latest “Best Value Colleges” ranking, released Tuesday, April 20, 2021.

Missouri S&T is ranked fourth among the nation’s top public universities for best career placement. The ranking is based on student ratings of career services collected by Princeton Review and graduate salary data from PayScale.com.

S&T is ranked ninth in the category of best public universities for internships. This rating, too, is based on how current students rate their universities.

Missouri S&T is also the highest-rated public university in the state in all three categories.

“The quality of education at Missouri S&T is second to none,” says Missouri S&T Chancellor Mo Dehghani, “and as this report shows, the stellar return on investment for our students is among the best in the nation.” Dehghani adds that the average starting salary for an S&T bachelor’s degree graduate is $67,520, more than double the average student debt of $30,168.