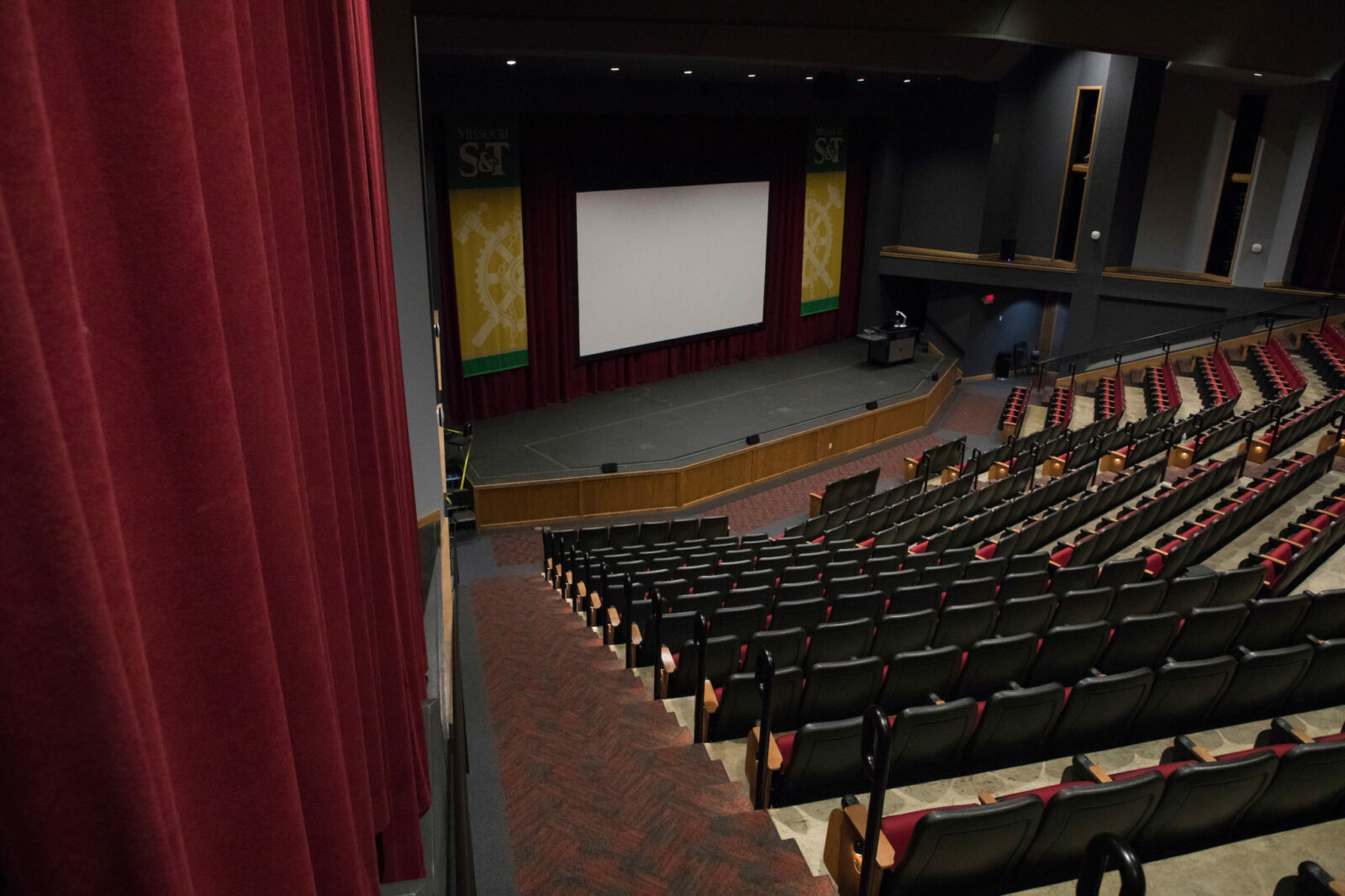 The interior of Leach Theatre. Photo by Sam O’Keefe/Missouri S&T

The performances will begin at 7 p.m. on both Friday, April 16, and Saturday, April 17, presented live via Zoom. The show is free to attend and open to the public. For the Zoom link or more information, visit alp.mst.edu/news-and-events.

“Buyer & Cellar” is a one-man show about Alex More, a struggling actor in L.A. who takes a job working in the basement of a beloved megastar. One day, the star actress herself comes downstairs. The two begin bonding in the basement, but will their relationship ever make it upstairs? “Buyer & Cellar” is a comedy about the price of fame, the cost of things and odd jobs.

“The Solo Performance Festival has been so fun to produce this semester at S&T,” says Taylor Gruenloh, assistant teaching professor of theater at Missouri S&T. “It’s a great way to get back into the space and deliver a truly theatrical performance to an audience that still needs to be virtual. We’ve been lucky to have opportunities for students to learn live video production during this process. This is going to be a fun play to watch as it has some cinematic magic.”

For more information about the performances, contact Gruenloh at gruenloht@mst.edu or call the performing arts office at 573-341-4185.

On April 8, 2021. Posted in College of Arts, Sciences, and Business, Department of Arts, Languages and Philosophy, Events