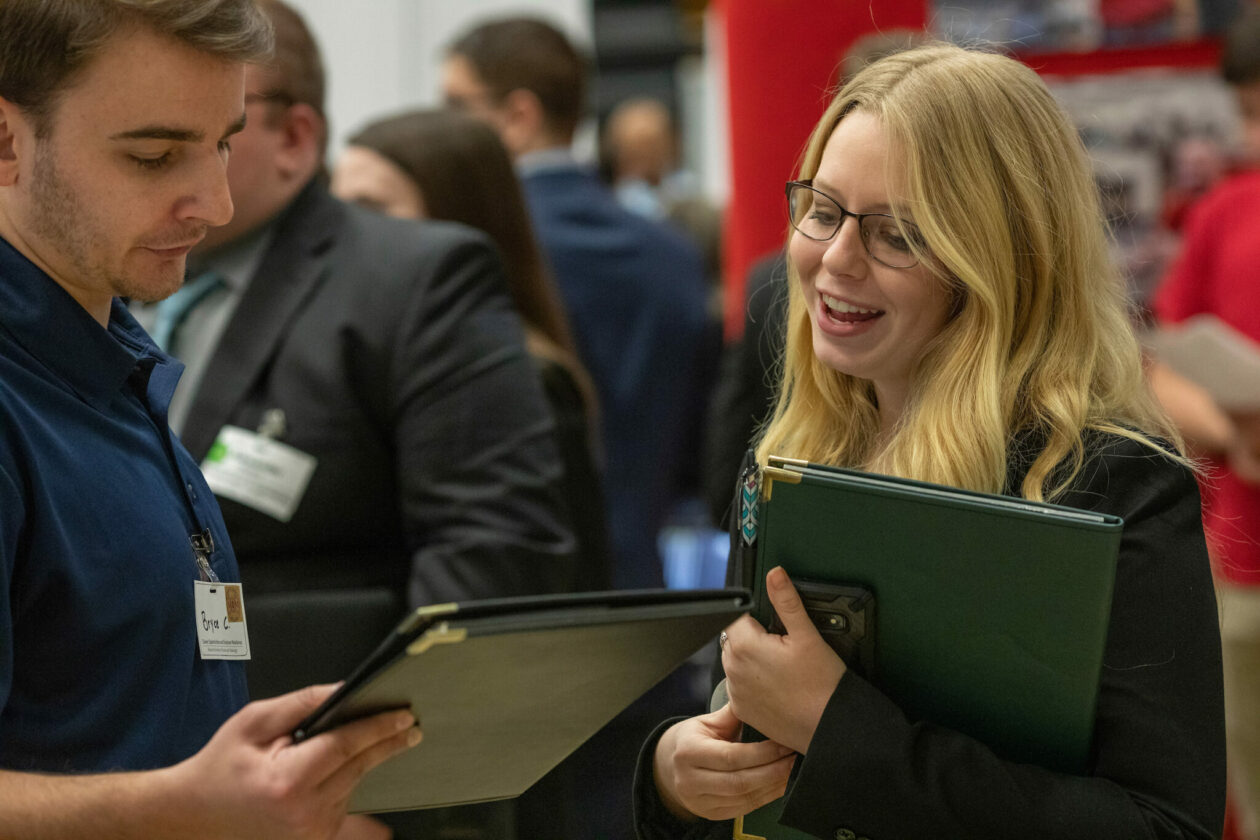 Missouri S&T’s fall and spring career fairs attract employers from across the globe in search of talented students. Pictured: a scene from the February 2020 Career Fair. Photo by Tom Wagner/Missouri S&T.

Missouri S&T has long been known for the quality of its engineering and science programs. Now, it is making a name for itself in business education.

Missouri S&T’s MBA program is ranked 101st in the nation by U.S. News and 54th among public universities. The top 106 MBA programs are included in U.S. News’ Best Business Schools list for graduate programs. In addition, Missouri S&T is again ranked in U.S. News’ ranking of Best Engineering Schools for graduate programs at No. 50 among public universities and No. 84 overall.

Missouri S&T began offering a bachelor’s degree in business administration in 2001 and established the MBA program in 2007. Both programs are accredited by the Association to Advance Collegiate Schools of Business International (AACSB).

“This is tremendous recognition for our program, and I’m very proud of our faculty, staff, students and alumni who have helped us build a program of national distinction,” says Dr. Keng Siau, chair and professor of business and information technology. “We have accomplished much in a very short time to build an MBA program that is on par with many of the strongest and most well-established business programs in the nation.”

“Both our MBA program and our undergraduate business program stand out by combining essential business knowledge with S&T’s core strengths in information technology, technology management, team-based project work, advanced problem-solving, and a spirit of innovation,” says Dr. Kate Drowne, interim vice provost and dean of Missouri S&T’s College of Arts, Sciences, and Business. “Congratulations to Dr. Siau and his team for attaining this recognition of their world-class program.”

The Kummer College is supported by a recent $300 million gift from Missouri S&T graduate Fred Kummer and his wife, June. The Kummers founded HBE Corp., a St. Louis-based construction firm specializing in health care facilities. A search for the founding dean of the Kummer College is underway.

“Our highly successful MBA program has helped lay the groundwork for Missouri S&T to become a major center for innovation and entrepreneurship in Missouri, which is further supported by the addition of the Kummer College,” Dehghani says.

U.S. News based its ranking on surveys of all 486 colleges and universities with master’s-level business programs in the United States accredited by AACSB International, “widely considered the gold standard of business school accreditation,” U.S. News writes. The rankings are based on assessments of academic quality by business school deans and program department chairs or directors, job placement success and starting salaries, and student selectivity.

On March 30, 2021. Posted in College of Arts, Sciences, and Business, Department of Business and Information Technology, email, Master of Business Administration (MBA)