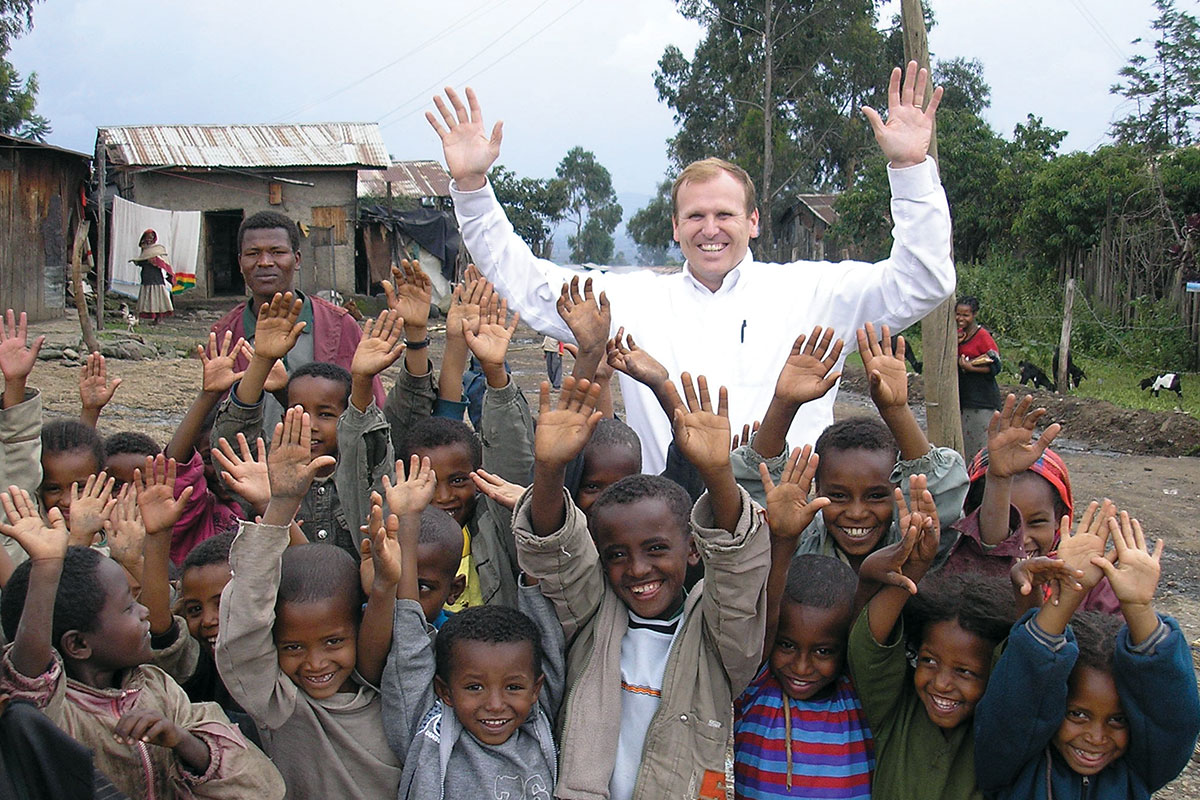 Gary White, CEO and co-founder of Water.org and WaterEquity.org, was recently initiated as the 132nd honor member of Missouri S&T’s Chi Epsilon chapter.

The recent online meeting provided an opportunity for participation by distance education students, including international initiates Samantha Turner and Ricky Estardo. Turner works for the U.S. Agency for International Development (USAID) in Germany, and Estardo owns his own geotechnical engineering company in the Philippines. Both are master’s students in civil engineering at S&T. The transition to online initiation allowed the chapter to include distance education students for the first time, and had initiates spanning 14 time zones.

“Having Gary White there to chat with us as the chapter’s newest member showed us just where we could go as professionals and global citizens,” says Turner. “I have some experience seeing just that – engineers taking our base education and applying it to solve the world’s toughest problems. I’m thankful that Gary was able to share that with us.”

For the past 25 years, White’s entrepreneurial vision has driven innovations in the way water and sanitation projects are delivered and financed through Water.org, which is based in Kansas City, Missouri.

White developed Water.org’s WaterCredit Initiative, which creates new financing options for poor populations to meet their water supply and sanitation needs. He also developed and now leads WaterEquity, the first-ever impact investment manager dedicated to ending the global water crisis in our lifetime, with an exclusive focus on raising and deploying capital to water and sanitation businesses throughout Asia, Africa and Latin America.

White is an advisor in the water and sanitation space, counseling organizations such as the Skoll Foundation, Bank of America Foundation, PepsiCo Foundation, IKEA Foundation and the Caterpillar Foundation on responses to the global water crisis. He is a founding board member of the Millennium Water Alliance and Water Advocates.

Chi Epsilon has 141 chapters across the country and has initiated more than 132,000 members. The organization’s vision recognizes students and graduates for their academic achievements while seeking to foster excellence, connectivity and engagement among those in the civil engineering community to improve the world.

On December 11, 2020. Posted in Civil, Architectural and Environmental Engineering, College of Engineering and Computing, People