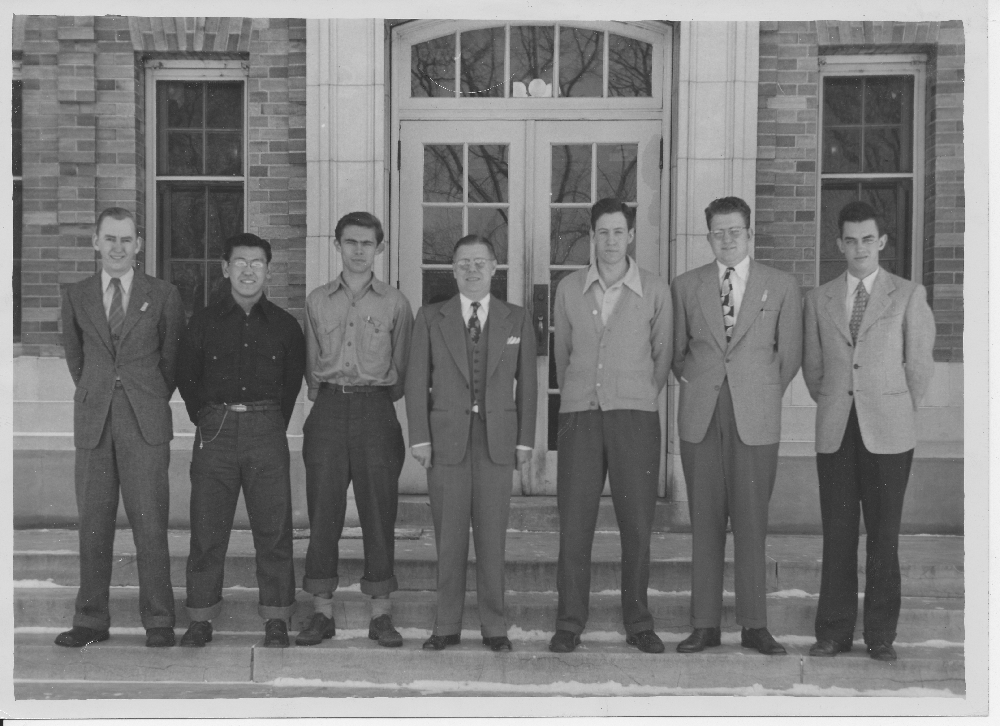 Missouri University of Science and Technology’s archives department is jointly hosting the Smithsonian poster exhibition “Righting a Wrong: Japanese Americans and World War II” from now until Nov. 13, 2020. In collaboration with the State Historical Society of Missouri – Rolla (SHSMO Rolla), the university is displaying the posters on the second floor of the Curtis Laws Wilson Library (CLW).

The exhibition examines the complicated history and impact of executive order 9066 that led to the incarceration of Japanese Americans following the attack on Pearl Harbor in 1941. The exhibit looks at immigration, prejudice, civil rights and heroism, and it invites people to consider what it means to be an American. The poster exhibition centers around eight core questions that encourage viewers to discuss how the U.S. incarcerated Japanese Americans and if it could happen again.

President Franklin D. Roosevelt signed executive order 9066, which sent 75,000 Americans of Japanese ancestry and 45,000 Japanese nationals to incarceration camps. They were transported far from their homes to dozens of large, barbed wire-enclosed incarceration camps scattered west of the Mississippi, from March 1942 to March 1946. Young and old crowded together in the hastily built camps and endured poor living conditions under constant watch by military guards. Meanwhile, Japanese American men risked their lives fighting for the United States in World War II.

The poster exhibition and related public programs are an opportunity for S&T archives and SHSMO Rolla to highlight its work in sharing the many stories—local and national—of social justice, civic engagement and the American story. The display on thesecond floor of CLW and the accompanying subject guide (libguides.mst.edu/Righting_A_Wrong ) document 13 Nisei students who attended the Missouri School of Mines during WWII as part of the National Japanese American Student Relocation program.

At 1 p.m. Thursday, Nov. 5, a talk titled “Japanese-American Student Success at the Missouri School of Mines in World War II,” Dr. Larry Gragg, a Curators’ Distinguished Teaching Professor emeritus of history and political science, and S&T Archivist Debra Griffith will highlight those students and the research necessary to find information about them. The talk will be a Zoom presentation. To attend, visit umsystem.zoom.us/webinar/register/1716027839059/WN_XhiGRetjTH-Oo4PuBM2KDA

On November 5, 2020. Posted in Missouri S&T, Missouri University of Science and Technology, News