Driving his Pinto into retirement 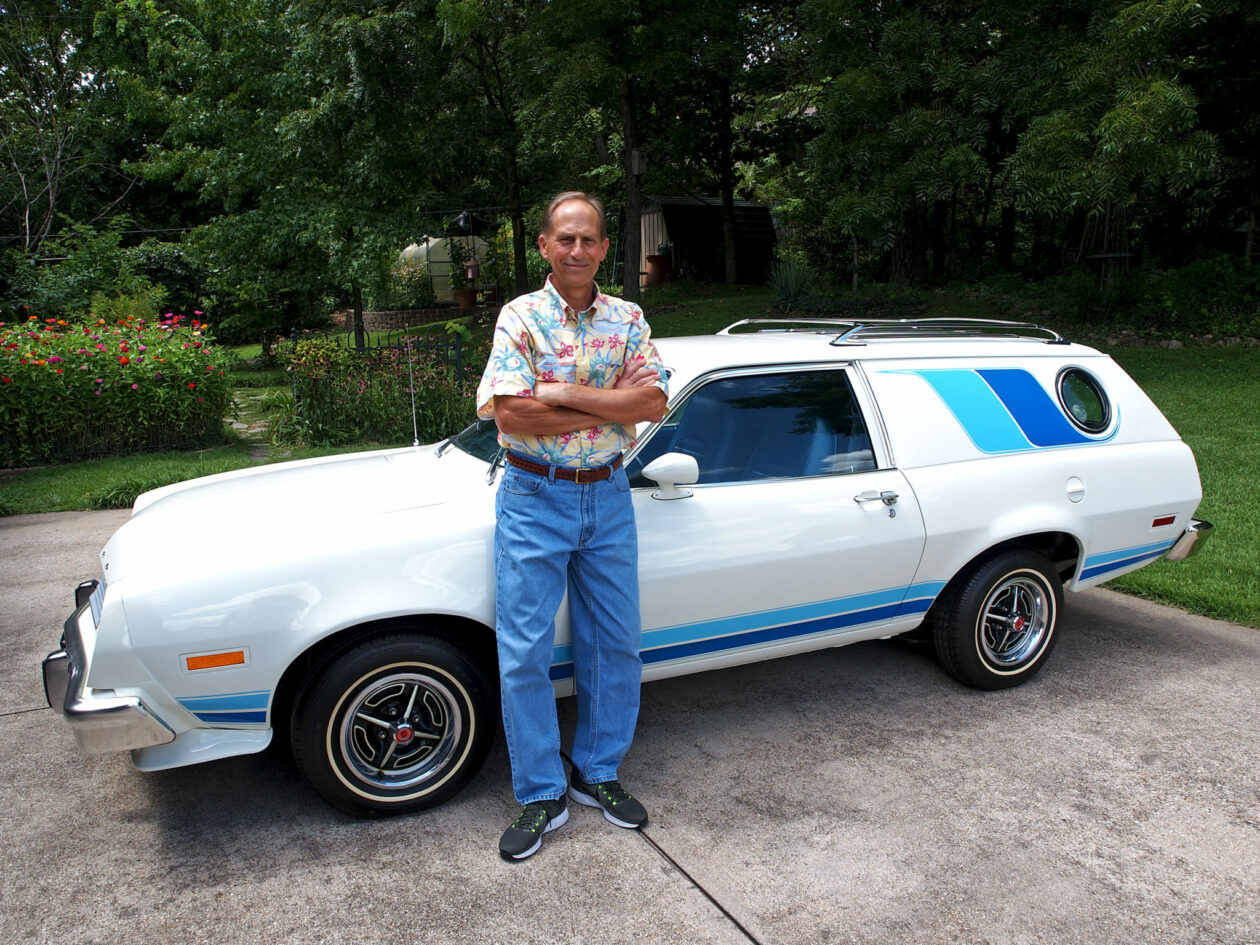 Dr. Gary Mueller, a longtime professor of nuclear engineering at S&T, recently retired after 40 years of service. The hundreds of students he taught through the decades no doubt remember him not only for his support and mentorship, but also for his 1977 Ford Pinto Cruise Wagon.

Mueller tells the story from sometime in the 2000s of driving the car to within a quarter-mile of 100,000 miles. He then pulled into a parking lot near Parker Hall on the S&T campus. Several students piled into the Pinto, and they drove around and around until the odometer hit 100K.

“We had a cake, had a party,” Mueller says. “The students went nuts.”

Mueller knew when he graduated with a bachelor’s degree that he wanted a future in teaching and research. He worked as a teaching assistant in the nuclear engineering program while he was a master’s student and taught nine hours a semester as a graduate instructor while he earned his Ph.D. The department had a faculty opening the year Mueller graduated, and he was hired.

“I knew that the university valued excellent teaching, which was also very important to me,” Mueller says. “The department’s national reputation made it possible for me to pursue research and summer employment options, and I wanted to make positive contributions to the university and to the nuclear engineering fields.”

Spend 40 years in any job, and you’ll see plenty of changes. Mueller says two big changes at S&T stand out to him. The first is the makeup of the student body.

“When I transferred from Pensacola State College to UMR in 1974, the ratio of male to female students was about 10-1,” he says. “Since then, many more women have chosen STEM careers, which gives them greater opportunities. It has been a very positive change for the campus.”

The other major change in Mueller’s time on campus is technology. In the 70’s, calculators were considered high-tech, and computing was in its infancy. Students had to reserve very limited time on the campus mainframe computer, which occupied a large, climate-controlled room in the Computer Science Building. It was time consuming and cumbersome, and woe be to the student who dropped a box full of computer punch cards and had to chase them as they blew across campus. Fast forward 40 years, and classes, virtual campus tours and a host of social options are online.

“Now, we have more computing power sitting on our desks than that huge mainframe,” Mueller says. “It has changed both our research and teaching options for the better.”

The nuclear engineering department has also changed in the last 40 years. Mueller says accidents at Three Mile Island in 1979 and Chernobyl in 1986 badly hurt the nuclear industry and resulted in a huge decline in enrollment and faculty in the department. He says it was an all-out fight for survival.

“Our hard work, supported by the nuclear industry and national labs, paid off,” Mueller says. “By the late 1990s, demand had come back and the program has grown and is thriving.”

Mueller says it has been his privilege to have taught so many outstanding students and watch them find success in their chosen field. He says he will still have an S&T email address and would love to hear from his former students.

What’s next for Mueller? He says he and his wife, Mary, will stay in Rolla for the foreseeable future. He’ll continue his research into optically sensing nuclear radiation and finding exact analytical solutions to nonlinear differential equations. But he’ll also spend more time with his hobbies: birdwatching and photography. Mueller is active on the eBird.org website operated by the Cornell Lab of Ornithology and regularly contributes bird photographs he has taken. And, of course, there’s the Pinto.

“I still have it and am almost finished completely restoring it,” Mueller says. “I hope to get it back on the road soon. The Pinto will ride again!”

5 thoughts on “Driving his Pinto into retirement”