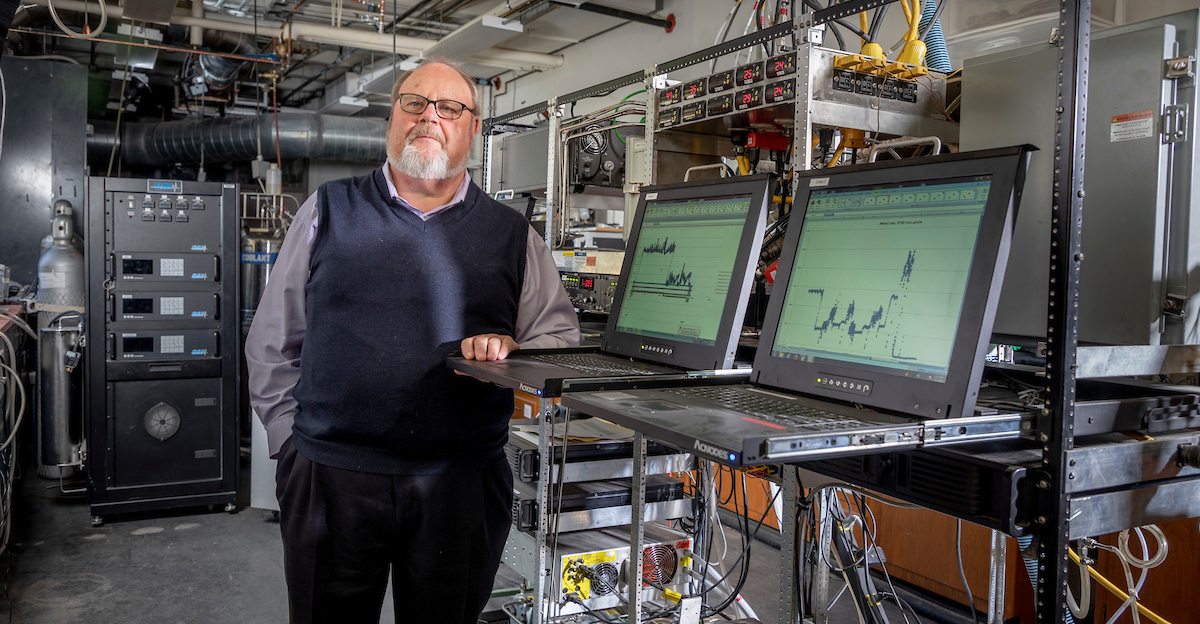 The process that airlines must use to calibrate their jet fuel emissions measuring systems is costly and time-consuming. But researchers at Missouri S&T won an $847,000 Federal Aviation Administration (FAA) grant to find a faster and less expensive way to calibrate the devices.

To reduce the impact of civil aviation on local air quality and human health, the International Civil Aviation Organization (ICAO) has established and continually improved emissions standards for turbojet and turbofan engine emissions since 1981. To address a gap in the existing standards, the ICAO Council recently adopted a new non-volatile particulate matter (nvPM) emission standard that will govern both new and in-production engines from 2023 onward.

“The ICAO conducts an unbelievably rigorous evaluation process to certify commercial jet engines for safety and climate-related regulations,” says Dr. Philip Whitefield, Chancellor’s Professor and professor emeritus of chemistry at Missouri S&T. “But the time and expense of calibrating emissions measuring systems, which have to be highly accurate and precise, is a component of the certification process that warrants improvement.”

To meet certification requirements, engine manufacturers must ship certain components of their emissions measuring devices to the device manufacturer—some of which are abroad—for an annual calibration process that can take two to three months and may cost as much as $25,000 per calibration, Whitefield says.

Whitefield and his research team want to find a faster and less costly way to capture the jet engines’ nvPM measurements. He is the principal investigator on the grant to develop a user-friendly calibration source that will characterize and quantify jet engine emissions onsite at the certification facilities on a more frequent basis and at a greatly reduced cost.

The team plans to synchronize the new measuring devices with the North American Reference System (NARS), an nvPM-measuring system Missouri S&T designed in collaboration with the Society of Automotive Engineers. Engine manufacturers throughout the U.S. and Canada now use NARS as a standard system. The prototype mass calibration devices will be tested along with the NARS at the U.S. Air Force Arnold Engineering Development Complex at Arnold Air Force Base in Tullahoma, Tennessee.

Whitefield’s goal is for the ICAO to include the new calibration methodology in its updated certification standards, which are slated for release in 2023. He also envisions that other industries such as the automotive sector could use the methodology for emissions measurements.

The FAA Air Transportation Center of Excellence for Alternative Jet Fuels and Environment (AJFE) award supports the project “Particulate Matter and Gas Phase Emissions Measurement of Aircraft Engine Exhaust” and is associated with in-kind cost share from EMPA, the Swiss Federal Laboratories for Material Science and Technology. The project is expected to be completed in June 2021.

One thought on “Researchers to streamline process for measuring aviation emissions”