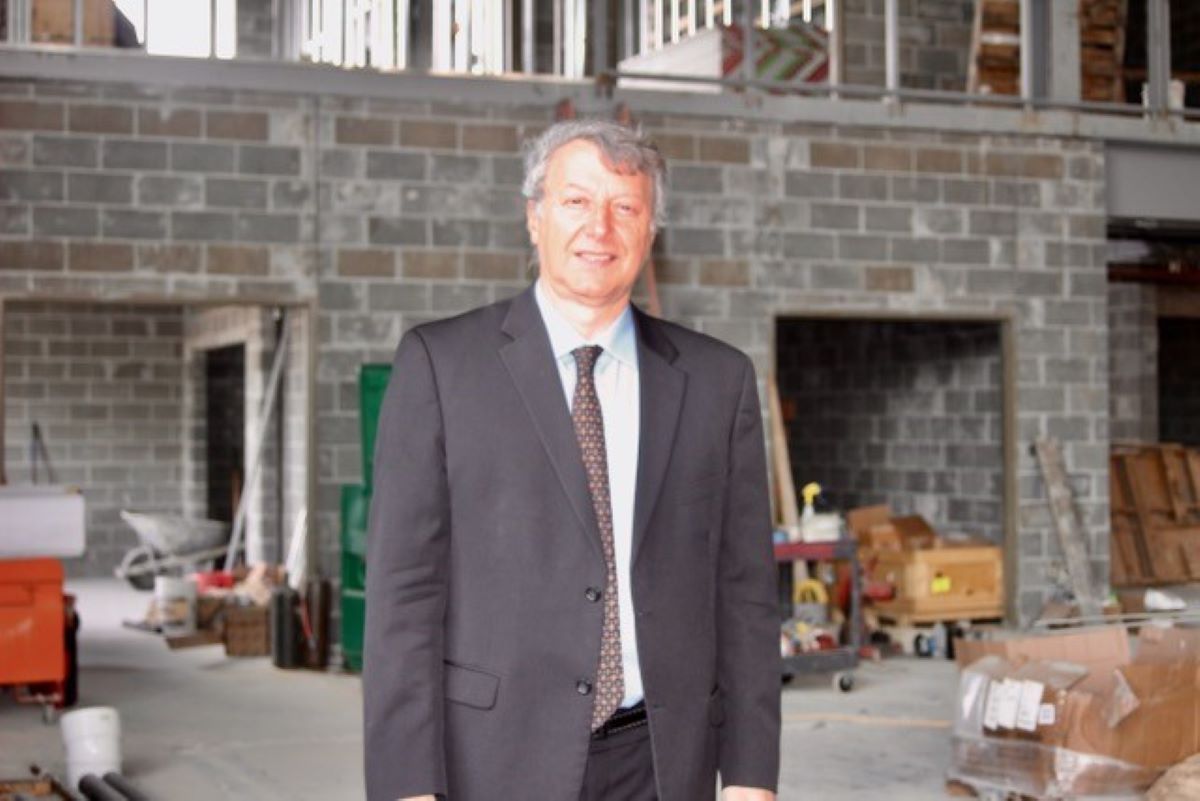 Dr. Khayat on a visit to the new Advanced Construction and Materials Laboratory, which is scheduled for completion in July.

The Concrete Research Council of the American Concrete Institute (ACI) Foundation has recognized Dr. Kamal Khayat, the Vernon & Maralee Jones Professor of Civil Engineering and director of the Center for Infrastructure Engineering Studies, with the 2020 Robert E. Philleo Award. The award acknowledges Khayat’s body of research, teaching, innovation and leadership related to high-performance concrete, and specifically his pursuit of knowledge transfer regarding the science, performance, design and testing standards of self-consolidating concrete (SCC).

“Kamal has been a true pioneer in the field of concrete rheology as it relates to SCC,” says Dr. Randall W. Poston, immediate past president of ACI. “One would be hard-pressed not to find the effects of his prolific career on the utilization, design, quality control and testing of one of the most common forms of concrete in use in the world today.”

The Robert E. Philleo Award is given in recognition of individuals or organizations for outstanding research in the concrete materials field, or for outstanding contributions to the advancement of concrete technology. Philleo was an ACI past president and honorary member. He also chaired the Concrete Materials Research Council, now known as the Concrete Research Council.

Dr. John Myers, an ACI Fellow and deputy director of the Missouri Center for Transportation Innovation, notes the award is considered to be among the highest research honors ACI bestows for career contributions to materials research.

“Dr. Khayat’s research contributions continue to advance the next generation of concrete materials from the laboratory to the field,” Myers says. “He is the first at Missouri S&T to receive this award, and he has significantly elevated Missouri S&T’s stature in our field not only across the United States, but around the world.”

Khayat joined the Missouri S&T faculty in August 2011. He was previously a professor of civil engineering at the Université de Sherbrooke in Quebec, Canada, and served as the director of the Center of Excellence on Concrete Infrastructure Engineering and head of the Integrated Research Laboratory in Valorization of Innovating and Durable Materials and Structures.

Over the span of his career, Khayat has authored or co-authored more than 450 publications. He has collaborated with scholars from several countries, including Canada, China, France, Iceland, Japan, the United Kingdom and the U.S.

On May 8, 2020. Posted in Academics & Faculty, Civil, Architectural and Environmental Engineering, College of Engineering and Computing, Missouri S&T, Missouri University of Science and Technology, News, Research