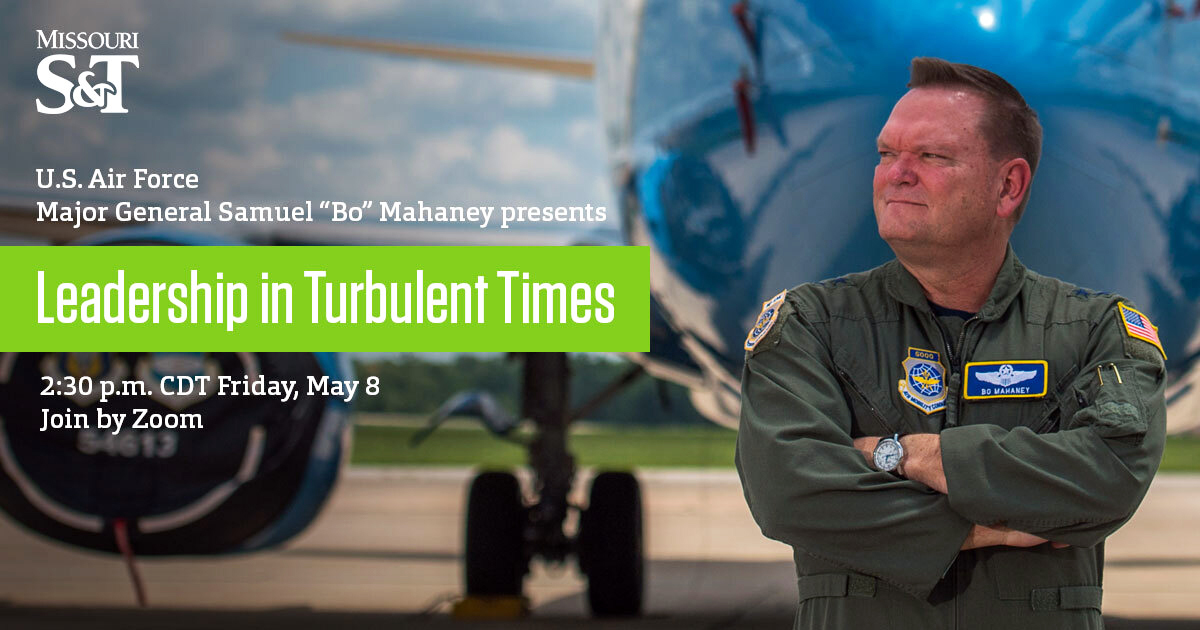 Mahaney is a two-star general who advances the mission demands of the AMC, an enterprise of 107,000 men and women in active duty, Air National Guard, Air Force Reserve and civilian service who provide global airlift, aerial refueling, air mobility support and aeromedical evacuation. Originally from St. James, Missouri, he is stationed at Scott Air Force Base, Illinois, and is a command pilot with more than 5,000 flying hours.

Mahaney earned a bachelor’s degree in history from Missouri S&T and was commissioned through S&T’s Air Force ROTC program in 1985. He earned a master’s degree in public administration from Troy University in Troy, Alabama, in 1988 and a juris doctorate from St. Louis University in 2000 and is a licensed attorney. Mahaney has been a Harvard National Security Fellow, Georgetown Legislative Fellow and legislative military liaison with Congress at the Pentagon.

If you have questions for Mahaney to address in the presentation, please submit them to Melanie Keeney at mkeeney@mst.edu by 5 p.m. Tuesday, May 5 or you may submit them during the webinar. Questions will be selected based on time limits.

To attend the webinar, go to rol.la/MahaneyEvent at the time of the event. For those who cannot attend, a Missouri S&T YouTube recording will be available at a later date.