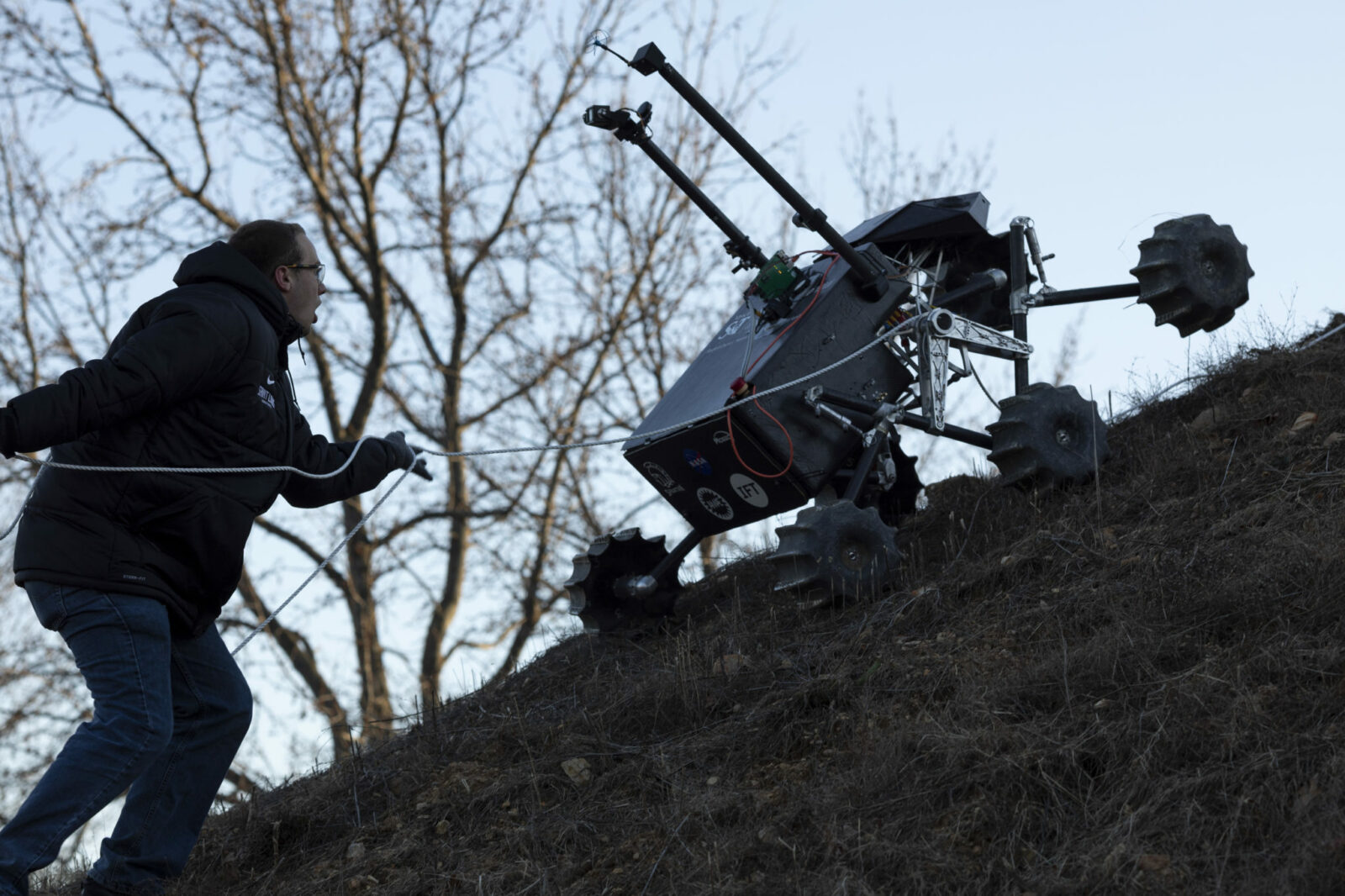 Photo Tom Wagner/Missouri S&T, The weekend before the new semester starts students on the Mars Rover Design Team test elements of their design at the course they are building on campus to prepare for the international Mars rover competition.

The Missouri S&T Mars Rover Design Team will reveal Icarus, this year’s student-built rover, at a ceremony scheduled for 1 p.m. Sunday, March 8, in the Havener Center atrium on campus.

After unveiling Icarus, the Missouri S&T team will host a meet-and-greet with team members and showcase various parts and aspects of the rover. The event is free and open to the public.

The team has applied to compete at the Mars Society’s 2020 University Rover Challenge, which will be held May 28-30 at the Mars Desert Research Station in Hanksville, Utah. Thirty-six university teams from around the world will compete at the event. Missouri S&T won the 2017 competition, becoming the first U.S. team to earn first in the past seven years, and earned second place in 2018.