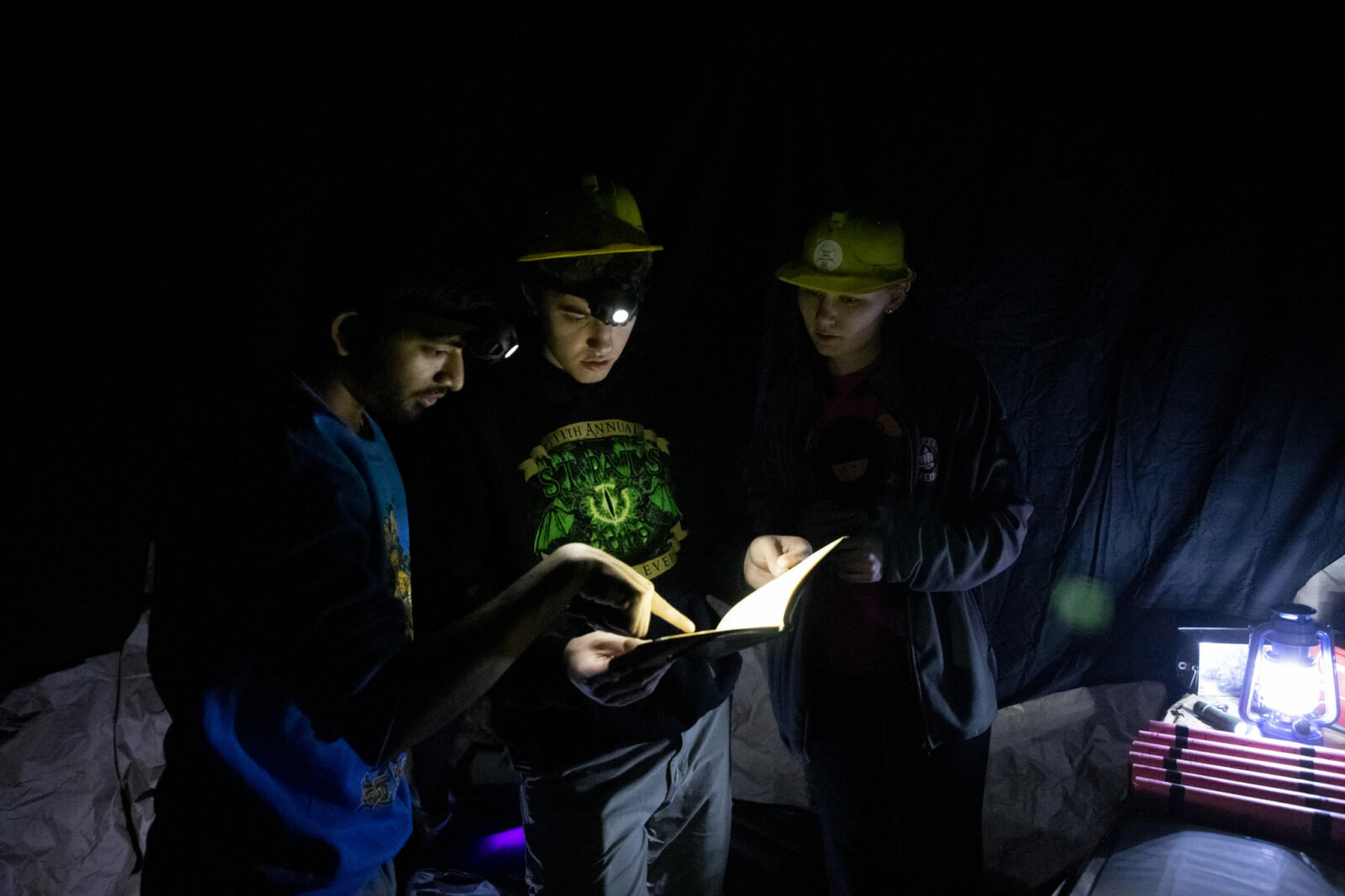 A group attempts to navigate the Escape Room. Photo by Tom Wagner/Missouri S&T.

Missouri S&T’s career opportunities and employer relations (COER) department has constructed an “Escape Room” to help students unwind during the run-up to finals week at the university.

The escape room is a team-based game where participants must discover clues, solve puzzles and accomplish tasks in order to achieve a specific goal in a limited amount of time. COER has opened its Escape Room to the students for only two weeks Dec. 2-13. There were 56 time slots offered for groups of four, and they were all booked within hours of them being offered, according to the department.

“We want to give students the opportunity to do something fun and creative during the stressful time of finals,” says Will Zwikelmaier, director of COER at Missouri S&T. “This is a part of our mission in the Student Affairs division, mental health and wellness is important and joy plays a big role.”

COER’s Escape Room is set up in Norwood Hall on the Missouri S&T campus and has a mine-based theme. Zwikelmaier says that COER staff are pleasantly surprised at the popularity of the activity and its positive feedback, and that the department hopes to host similar events each semester moving forward.

“A part of our charge is to help students build transferable skills like critical thinking, teamwork and collaboration,” says Zwikelmaier. “This is a great chance for students to practice those skills – they are even debriefed on the way out to discuss what we witnessed, what they did well and how they can improve. We try to relate their experience in the Escape Room to situations they may face in the workforce.”