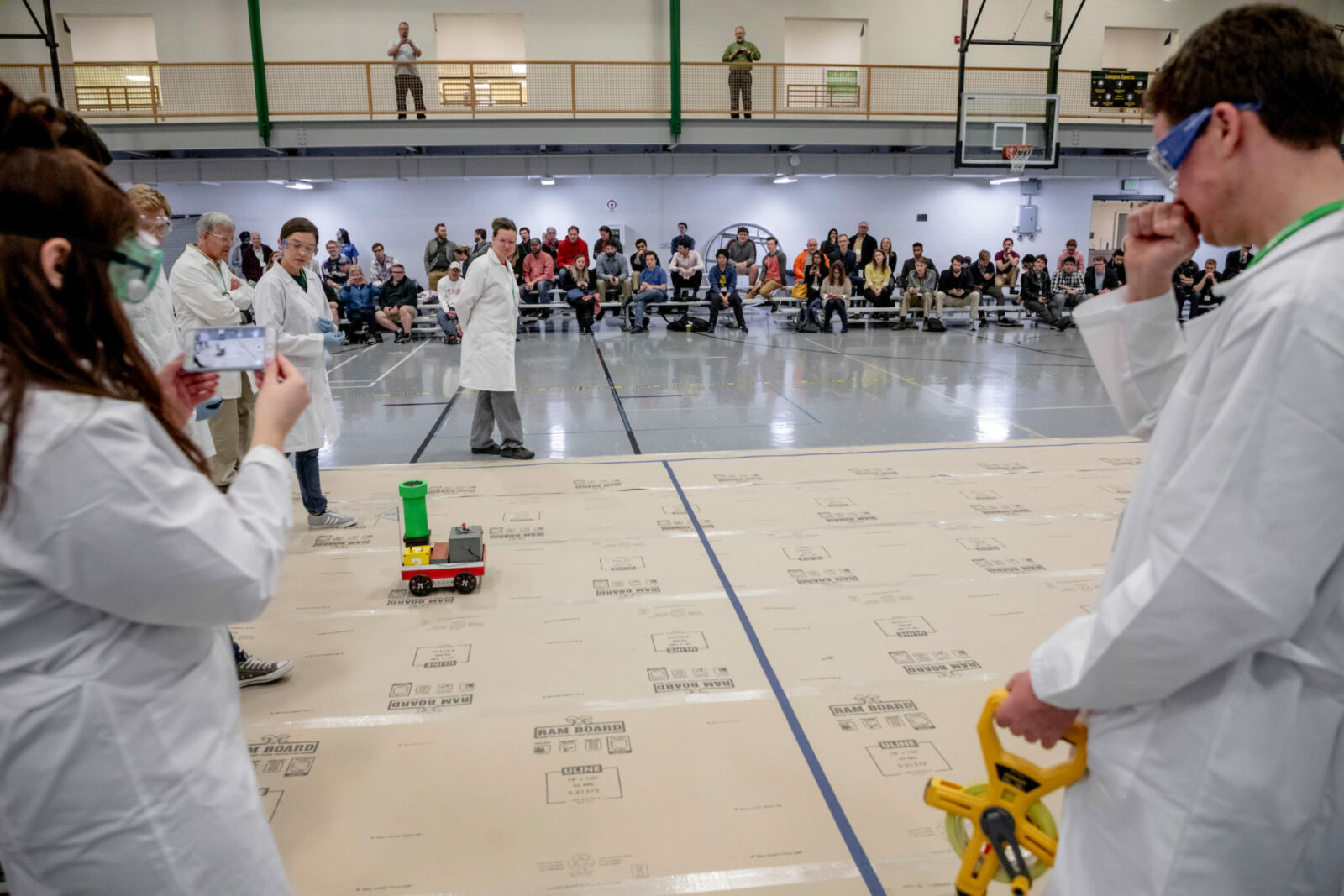 The event, which teams had to qualify to participate in by earning a high finish at a regional competition, challenged students to design and construct cars powered by a chemical energy source that will safely carry a specified load over a given distance and then stop. The event is a part of the annual AIChE Student Conference, which took place Nov. 8-11 in Orlando, Florida.

At the competition, all vehicles had to travel a randomly set distance between 15 and 30 meters. The final destination was randomized to make team members adapt and perform calculations in a short period of time. Teams had to calculate the average velocity of their vehicle and decide what volume of the chemical solution was required to activate the battery power. The car closest to the finish line at the end of the race earned the highest amount of points. Missouri S&T’s team also earned the “Most Consistent” car award due to its two attempts being so similar in results.

“Competing on the world stage was an honor within itself,” says Mark Butler, the S&T team president and a senior in chemical engineering from Ballwin, Missouri. “To be second in the world is the product of all of the hard work and dedication our team put into the project. Our car was the most consistent across the two runs, and we were first-place engineers in my eyes because engineering is about getting the right answer every time.”

Missouri S&T’s entry, named “Glo-Kart,” was powered by a six-cell lead-acid battery and is stopped by using a luminol chemiluminesence reaction. The team’s car had finished second at an April regional competition to qualify, which was hosted at Missouri S&T.

The Chem-E-Car Team is one of 20 student-run teams in Missouri S&T’s Student Design and Experiential Learning Center (SDELC). The SDELC, housed in the Kummer Student Design Center, provides teams with computer design laboratories, a manufacturing shop, office space and logistical support. Design teams mirror small start-up companies that plan large-scale projects, organize into departments, raise funds, communicate their ideas and solve open-ended design challenges. Almost every team competes annually at an event against other collegiate teams from around the country and the world. For more information about the teams, visit design.mst.edu.