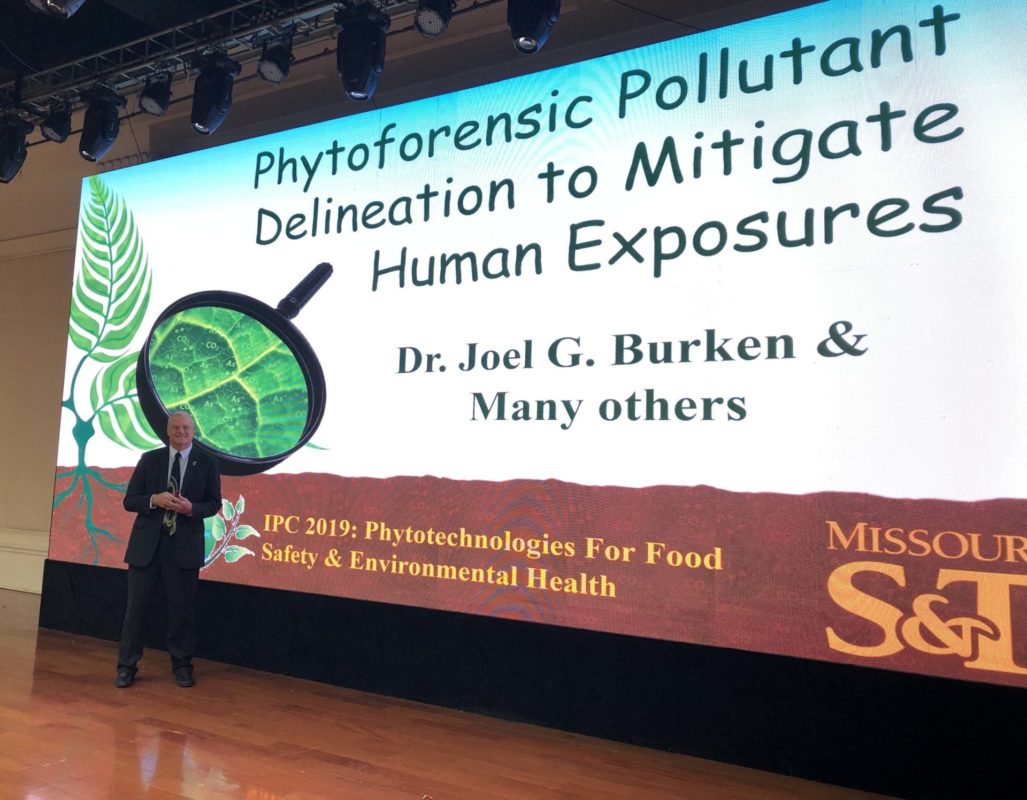 This week, the International Phytotechnology Society (IPS) awarded Dr. Joel Burken the Milton P. Gordon Award for Excellence in Phytoremediation during the society’s annual conference in Changsha, Hunan Province, China. IPS recognizes one leader every year in the field of phytoremediation – a process that uses various types of plants to remove, stabilize or destroy contaminates in soil and groundwater.

“I’m incredibly honored to receive the Milt Gordon Award,” says Burken, Curators’ Distinguished Professor and chair of civil, architectural and environmental engineering at Missouri S&T. “I met Milt, who was a true founder of the field, when I was a Ph.D. student, along with many of the recipients. I’ve always looked up to them all, and grained greatly from them as mentors and colleagues. To be a recipient with this incredible group of talent is truly an amazing honor, and very humbling.”

The award was established in 2007, two years after Gordon’s death, to honor his excellence in research, promotion of technology, and teaching and mentoring undergraduate and graduate students. Burken is only the fourth American recipient of the award.

Burken “is, as judged by the selection committee, an outstanding example of what the award stands for – a commitment to teaching the next generation of scientists, doing exemplary research in the area of phytoremediation and always being ready to reach out and help others,” says Dr. Lee Newman, founding IPS president . “No one deserves this award more than Joel.”

Burken was also invited to give a plenary speech during the conference, which was held Sept. 23-27. His talk was titled “Phytoforensic Pollutant Delineation Methods to Mitigate Human Exposures.”

Burken, who joined Missouri S&T in 1997, helped to establish the bachelor of science in environmental engineering program as well as minors in sustainability and global studies. He served as director the Missouri S&T Environmental Research Center, now part of the Center for Research in Energy and Environment, where researchers focus on the effects of contaminants in natural and engineered systems. Burken was named a Curators’ Distinguished Professor in 2015, and he became chair of the civil, architectural and environmental engineering department in 2016.

On September 27, 2019. Posted in Civil, Architectural and Environmental Engineering, College of Engineering and Computing, Missouri S&T, Missouri University of Science and Technology, News