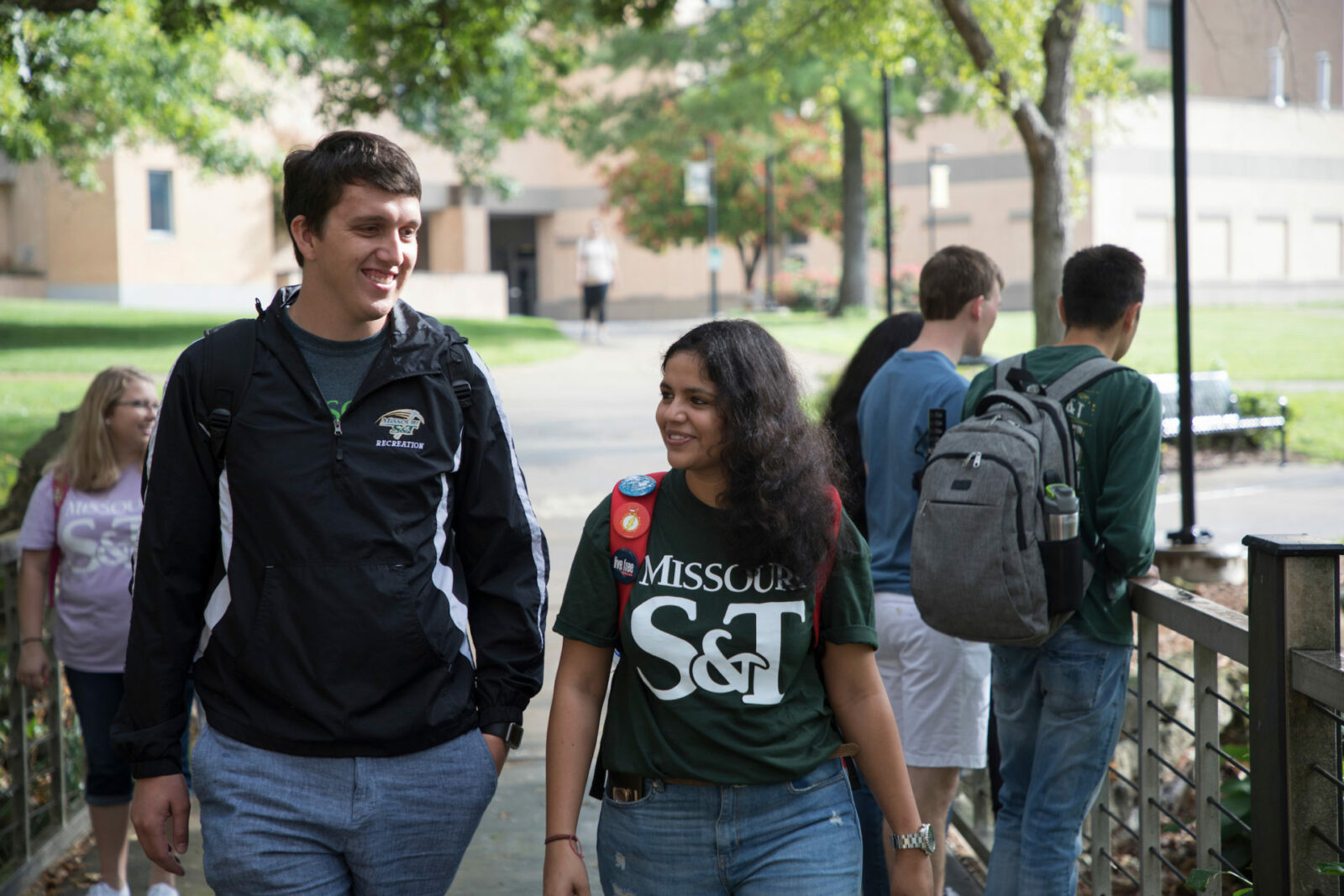 PayScale’s 2019 College Salary Report shows Missouri S&T ranks No. 1 for graduates who earn only bachelor’s degrees and among all alumni of Missouri campuses. Photo by Sam O’Keefe/Missouri S&T

Missouri S&T is ranked as the top four-year university in Missouri for salary potential, according to the 2019 PayScale College Salary Report.

Missouri S&T ranks No. 1 for graduates who earn only bachelor’s degrees and among all alumni of Missouri campuses. S&T also is ranked No. 48 nationally for best universities for a bachelor’s degree for four-year programs.

“It is quite common for Missouri S&T grads — a demographic that scores high on the SATs — to earn top-notch salaries in the workforce,” the PayScale report notes. “Those with an education from Missouri S&T earn an average of about $78K.”

PayScale points out that Missouri S&T electrical engineering graduates earn the top annual salaries at a median of $74,000, followed by software engineers at $72,000 and project managers at around $70,000.

The PayScale report also notes that many S&T graduates choose to stay in Missouri, thereby contributing to the state’s tax base. The top cities of residence for S&T alumni include St. Louis and Kansas City, Missouri.

Missouri S&T graduates in the Houston, Texas, area earn the highest salaries on average, at about $106,000 a year. The highest S&T alumni salaries go to those who earn a master of business administration specializing in operations management. Graduates in that field average approximately $209,000 per year.

PayScale bases its rankings on data from millions of people who took its salary survey and reported where they received their bachelor’s degree.

In 2018, Missouri S&T also ranked first among Missouri’s public colleges and universities for annual return on investment over a 20-year period and fifth among American public universities for in-state tuition.

One thought on “Missouri S&T ranked No. 1 among Missouri colleges for alumni salary potential”