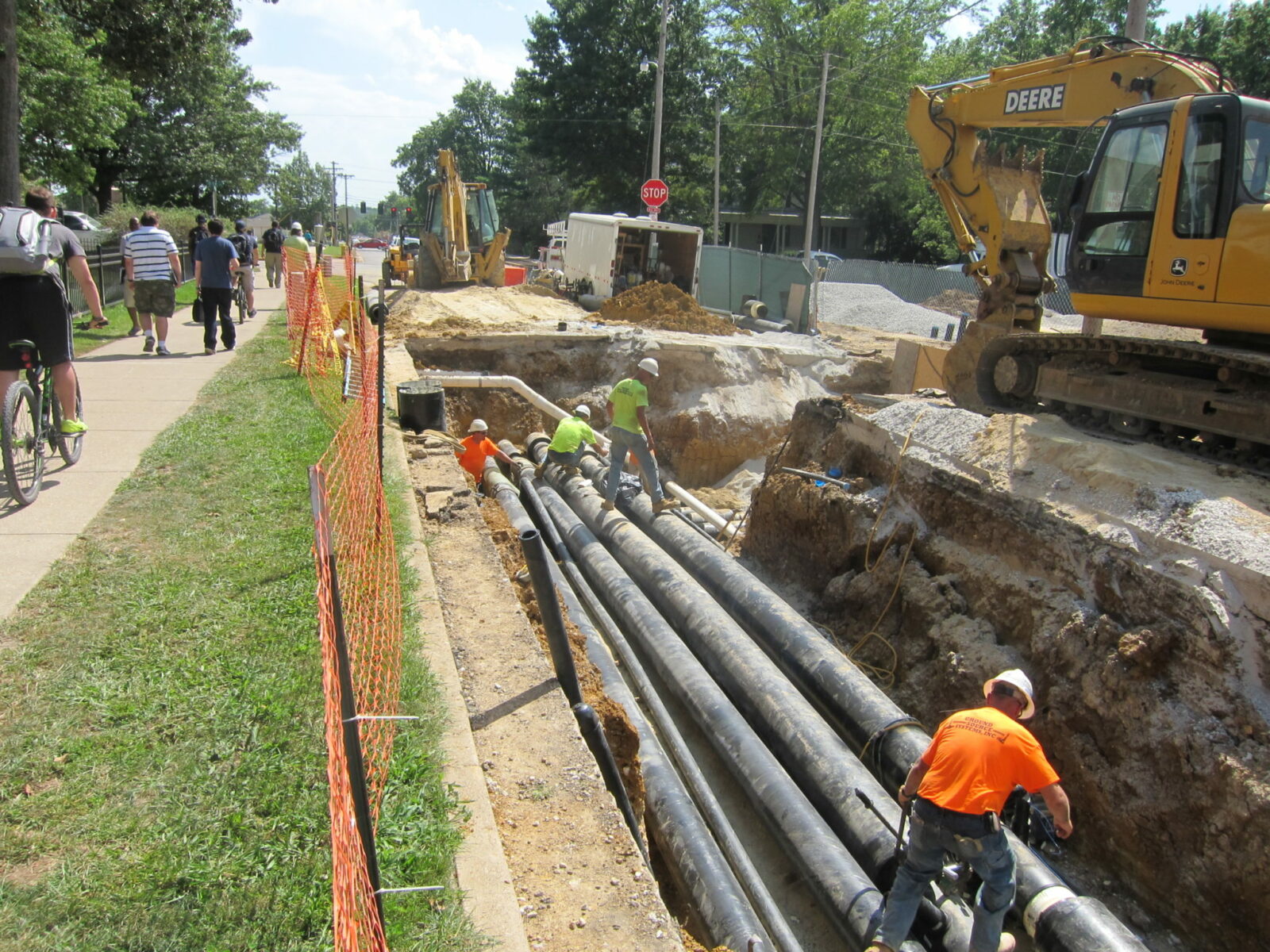 They also expected to cut the university’s annual energy use by 50%. At the end of the first year of operation, Missouri S&T saw a reduction of 57% in energy use. Now, five years after its initial start, the operation is trending at a savings of almost 60% per year.

University officials also predicted a reduction of the university’s carbon footprint by 25,000 tons per year, and Missouri S&T has met or exceeded that goal each year.

“We hope to be even more efficient in the future,” says Ted Ruth, assistant vice chancellor of facilities services at Missouri S&T. “We are currently looking at options to add more buildings, like Toomey Hall, onto the system.”

S&T’s geothermal energy system, which allows energy to be stored in and reclaimed from well fields located throughout the campus, provides heating and cooling to 18 buildings on campus and chilled water to the majority of campus buildings. It consists of four separate plants that distribute energy from the system to different parts of campus.

Missouri S&T broke ground on the geothermal energy project in 2012 and completed the project in 2014. It consists of 789 wells that are 400-440 feet deep. Those wells supply three regional plants, each with 500-ton capacity, plus a geothermal system for the Gale Bullman Building. It involved a complete reconstruction of the campus chilled water system and required the placement – or replacement – of 125 miles of pipe in the ground.

As part of the project, nearly a mile of domestic water mains were replaced, eliminating deferred maintenance and underground leaks and boosting the overall water savings over 35% of the campus use.

“The numbers show the system running better than expected, and full project payback will be achieved after seven total years of operation,” says Ruth. “We have had no issues adding Bertelsmeyer Hall onto the project when it was constructed in 2014, and we hope to incorporate any future new structures into the system.”