New agreement to attract students from Ghana to Missouri S&T 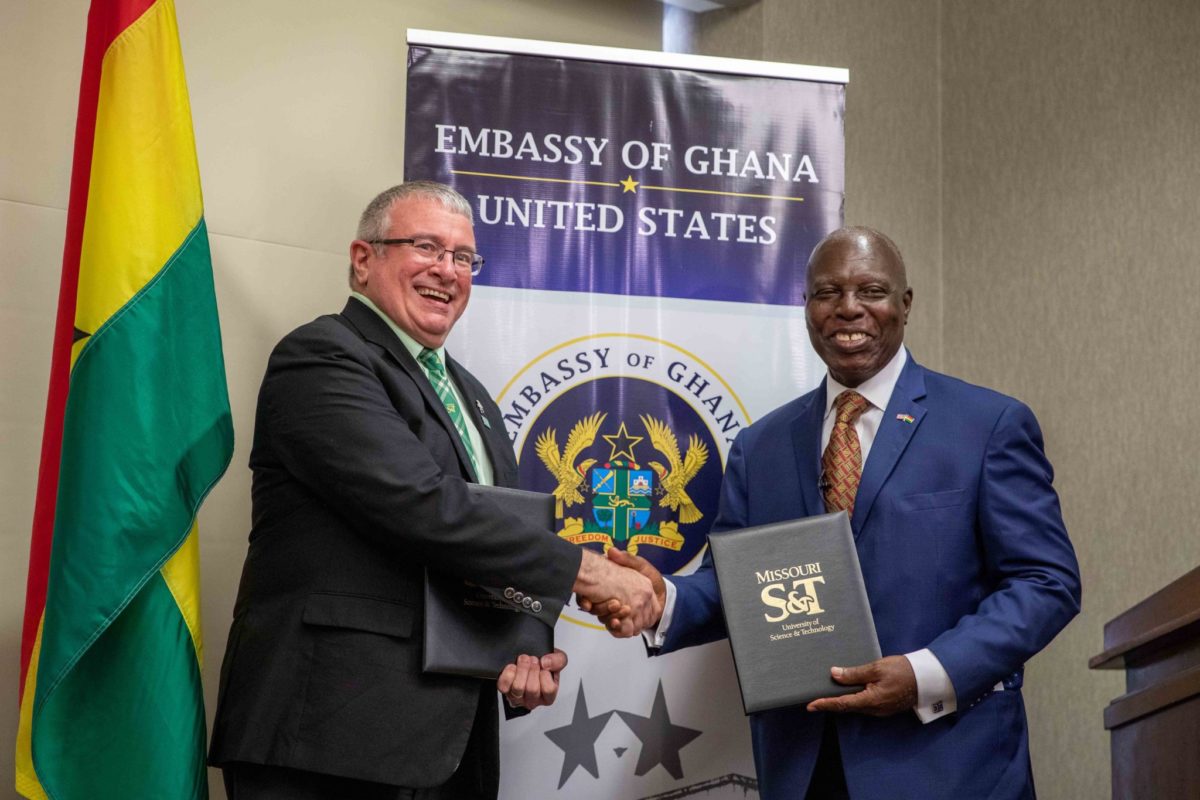 Missouri S&T forged a new connection with the Republic of Ghana this week with the signing of a three-year memorandum of understanding (MOU) between the university and Ghana’s ambassador to the U.S. University leaders expect the agreement to attract new students from the West African nation in the coming years.

The agreement is “intended to stimulate and facilitate the intellectual life and cultural development of both parties,” including opportunities for graduate and undergraduate students from Ghana to study at S&T, both on campus and via distance education. Leaders of Missouri S&T and Ghana also hope to provide professional development opportunities for the citizens of Ghana.

At the signing ceremony, both Maples and Adjei-Barwuah expressed their mutual desire to support Ghana students interested in careers in science, technology, engineering and mathematics with a particular interest in mining engineering. According to Bloomberg, Ghana is now Africa’s top gold producer and a major producer of bauxite, manganese and diamonds, and the mining industry employs more than 120,000 people, according to the University of Ghana.

During his visit, the Ghana ambassador toured Missouri S&T’s Experimental Mine and the S&T nuclear reactor. At the signing ceremony, Adjei-Barwuah said he was excited about the opportunity to send students from Ghana to S&T. Also during the event, Rolla Mayor Louis J. Magdits described the city as a welcoming place for international students. Magdits said he spoke as a parent and an area employer when he said that the experiential learning opportunities S&T students receive prepare them for successful careers.